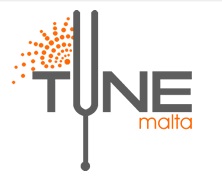 As published on The Malta Independent on Sunday 15th December 2013

While some economies continue to shrink and face austerity measures Malta can boast of some cheer this Christmas with the news that GDP at constant prices went up by 1.9 per cent. One may ask what is the secret of Malta’s vibrant economy?

It is not easy to point one single cause but certainly the effect of political stability has helped. Another important factor is the diversification of the economy which continues apace. A lot has been written on the benefits Malta is currently reaping from the use of its modern digital technology and the expanded use of internet in the business community such as the roll out of 4G bandwidth.

The European Commission has been piling pressure on mobile operators to introduce or extend their 4G services so as not to lag behind other countries around the world¸ especially the US and far eastern countries¸ with unsavoury consequences to the fragile European economy.

The version of 4G that has been deployed by Vodafone in Malta is technically capable of supporting theoretical peak speeds up to 300Mbps for download and 75Mbps for upload but other countries have reached a higher threshold of 1¸000 Mbps. Still it is a move in the right direction and combined with budget proposals for 2014 these continue to  encourage the growth of ICT sector and investing heavily in reducing the digital divide by sponsoring ICT courses to the business community and in public schools for students at different age groups. As can be expected there is still much to do to catch up with other advanced countries but it is never too late to start.

In fact¸ it is encouraging that more businesses are using blogs and social networking sites taking full advantage of the fast internet connection now possible under 4 G. These sites engage all sectors of the market in a more direct and definitely in a more personal way. Well designed sites like TuneMalta.com share information¸ generate interest and buzz¸ and promote an image or foster goodwill about the company¸ its products and services. At this juncture one may introduce the concept of Tunemalta designed to serve as a platform for assisting users in web marketing with aricles in four languages.

PKF as the promoters of the Tunemalta came out with the novel idea of offering a free service to preferred partners who wish to register. Members hail from various sectors and once admitted they can share ideas and cross-fertilize their marketing plans by the exchange of views and contacts. As the tempo of exchange traffic increases so does the possibility of valuable information which can flow free of charge between participants. This is one way how participants can gain from the membership of Tunemalta which aims to expand its reach to cater for the international market.