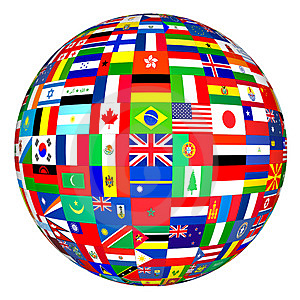 As published in the Malta today on the 14th  November 2012

With the elections looming close over the horizon one is not given any prize for guessing that any negative report on the island’s economy is closely  followed by the opposition.  The party in power is by necessity does grasp any positive trend on the economy to justify its reelection and endear its self with the electorate. So the arrival of the investigative report by the World Bank makes interesting reading – somewhat shattering the myth that our garden is a bed of roses.   Malta appeared first time in the World Bank Doing Business Report (DBR) and literally failed. Regrettably its first inclusion on the world stage has left it dismally ranked at the bottom of EU countries. Report ranks economies on their overall “ease of doing business”¸ identifying which economies are strengthening their business environment and ranking them in the process. So what is the origin of the Doing Business report .Suffice to say that the first version was published in 2003¸ and covered 5 indicator sets and 133 economies. This year’s report has been expanded and now covers 11 indicator sets and 185 economies.

The study has become one of the flagship knowledge products of the World Bank Group in the field of private sector development. It’s widely used by policy-makers¸ academics¸ development experts¸ journalists and business community to highlight the incidence of red tape and seek to promote reforms. The report became widely known as it provided quantitative evidence that entry regulation benefits politicians and bureaucrats without adding value to the private sector¸ or granting any additional protection. However¸ the initial goal of the report remains: to provide an objective basis for understanding and improving the regulatory environment for business. So where has the test on our economic and business engine leave us -Malta has ranked 102nd. What went wrong? Sure¸ no one is surprised by fact that in the top 3 countries we can find Singapore¸ Hong Kong or New Zealand. But then policy makers cannot avoid the indictment by the World Bank indicating that Zambia¸ Serbia¸ Guatemala and Albania are considered more business friendly than our island?!

As can be expected the minister for small business who last year piloted the Small Business Act heralding the motto “Think Small First“ is not excused to ignore the fact that  Malta’s weakest points are: getting credit¸ electricity and enforcing contracts¸ dealing with construction permits. Report presents incredible exhaustive analysis. It’s hard to disagree with them.  Doing Business measures the procedures¸ time and cost for a small to medium-size limited liability company to start up and operate formally. Globally¸ Malta stands at 150 in the ranking. For an investor who is attracted to chose Malta for housing an new project he / she needs 40 days and it required 11 procedures. While in Singapore in terms of business start-up you will need only 3 days and 3 procedures. Notwithstanding the reforms announced in the trade department and now a massive 13% salary increase for all public servants it is very damning to read in the report that it takes 10 days to obtain trade license. It comes as no surprise that