Recently female employment is a very sensitive topic all around the world. Should companies give the same opportunity to a woman as to a man? Do women able to fulfill the same requirements in the same position? The question of equality stays in an important place not only in the European Union, but in the operations of companies as well. Some studies say, women and men has very different attitute and reactions to tasks, problems or decisions. Of course it is not mean that men are better than women, companies have find the balance and employ almost the same number from the genders. Women empathetic- and men practical thinking is indispensable for a successful company. 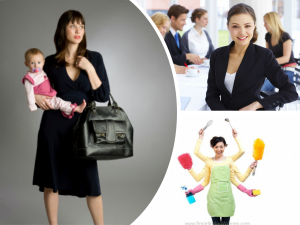 When the question come up: can a woman be as successful as a man? The answer is: Why not, they can. Women also have to prove their skills, they have to work very hard and after they can be widely acknowledged. According to studies, companies need woman thinking as well. They have to employ women too even for decision-making.

In the following I would like to introduce, why the topic of female employment is so important and which are the most important figures in the European Union. I will highlight Maltese situation and mention other country`s data as well.

Unfortunately the gap between women and men is still very wide. Female employment rates are lower than those for males within the EU. Gender employment gap is strongly based on family and care activities, because companies think that women will work less hours or being inactive due to family and care-related activities. The truth is, that nowadays women try to find the perfect work-life balance. Although employment rate for women with children is still much lower than women without a child.

There are several institutions in the EU, which pays attention to female employment, gender equality and provide information about these issues. European Institution for Gender Equality (EIGE) assists European institutions and the Member States with integrating the principle of equality into their policies and informs European Union citizens about the situation. “Equality between women and men is a fundamental value of the European Union.” EIGE main goal, to become a knowledge center in Europe on gender equality issues.

In particular it cooperates with the European Foundation for the Improvement of Living and Working Conditions, the European Agency for Safety and Health at Work and the European Centre for the Development of Vocational Training.

This year Gender Equality Index was published by EIGE in the period of 2005-2012. The main problem with the basic figures is that although some countries have a high female employment rates but these rates are diminished when measured in full-time equivalents. The share of part-time employment among women is very high in some Member states. The situation is typical in the Netherlands, where almost 75% of employed women worked in part-time in 2013. On the other hand, low rate of part-time jobs has also negative effects. It may results a lack of flexible working arrangements. In countries like Latvia, Romania or Hungary this kind of work accounts less then 10%. Gender Equality Index exclude the not relevant factors from the measures. We have an opportunity to check figures about work, knowledge or even health within the EU. The higher number we get means smaller gap between the genders.

According to Eurostat – the statistical office of the EU – the figures on the difference of the employment rate between men and women is still wide in the European Union. This figure is generally lower among women and older workers. The rate for men stood at 70.1% in 2014 as compared with 59.6% for women. Even if Eurostat shows that it was a marked increase in female employment numbers in the last 10 years within the EU.

Malta always was among the first few countries with the worst female employment figures. For women and old people it is very difficult to find job in the country. The basic attitude to women is that: after a while they will go to maternity leave, started to raise their children and they won`t be able to work. Recently the situation is changing. Companies and several institution try to find out, how should they support women to came back to the labour market.

Not only the companies, but the European Union also already made steps towards increasing the female employment. Equality between women and men is one of the European Union`s founding principles. Several treaty came into force in connection with this topic. Firstly the Treaty of Amsterdam entered into force in 1999, it is obliged Member States to eliminate inequality between women and men in all areas of activity. It was followed by the Treaty of Lisbon (came into force 2009) which had an aim to reach full employment and social progress in a social market economy. It continued the struggle against social exclusion and discrimination.

In 2010 the European Council adopted the Europe 2020 Strategy, an EU`s new treaty for sustainable and inclusive growth. It has five headline targets, including the aim, that “The employment rate of the population aged 20-64 should increase from the current 69% to at least 75%, including through the greater involvement of women, older workers and the better integration of migrants in the workforce.”.

The unequal treat of work opportunities between women and men is strongly influencing decisions about the labour market participation and work intensity of women and men. Recently more than 80% of them think that their working hours are not fit with family and social commitments outside works.

European Commission would like to take further steps to help mothers go back to the labour market. The extension of the maternity leave period is can be one possible solution. Previously they increased it from 14 to 18 weeks and now they want to make more changes. Other important issue is the introduction of flexible arrangement not only for women but for men as well. For exemple modern technology gives people the opportunity of teleworking instead of commuting. Last but not least we can speak about paternity leave too, which affect men society. Recently is not a well-known and widely introduced way of solution, but it can help the Commission to achieve its targets.

Women have a long-term drawback from treated unequally. They participate less on the labour market, work fewer hours and spend fewer years overall in work than men. Therefore they get less pension and have to make ends meet from less money. It can become a very hard situation in the pension system all over the EU.

Human capital is an important factor for the economical development, Europe`s competitiveness can be more balanced with the equality between genders. It can contribute to a more productive and innovative working environment and improve companies performance. The main aim of the EU is to create the opportunity for women and man to find the balance between work and family.