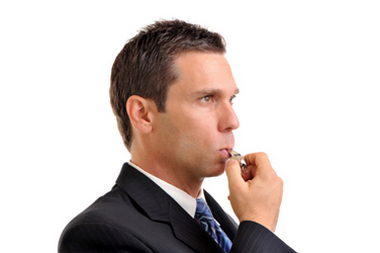 Last year many were shocked on reading how Alexander Perepilichnyy¸ a 44-year-old Russian businessman who was an informant in the Sergei Magnitsky case has been mysteriously murdered. It created suspicion of a second high-profile Russian murder in the UK. The mysterious death of Alexander Perepilichnyy is the fourth unexplained or suspicious death in the Magnitsky case. For some observers of similar crimes one is reminded of the murder in London in 2006 of Russian FSB officer-turned-informant -that is Alexander Litvinenko. He was slowly poisoned by drinking tea laced with radioactive poloniumin¸ a case which badly damaged British-Russian relations. “There were no signs of a violent death¸ yet there weren’t any in connection with Litvinenko either¸” Russian anti-corruption blogger Alexey Navalny wrote¸ following Mr Alexander Perepilichnyy’s death. To acquaint readers about this infamous case one recalls how Alexander dropped dead while jogging outside his home in Surrey¸ England. Informed sources confirmed that he had no known health problems. In November 2011¸ the Russian fugitive was warned that his name was one of many on a hit list that also contained detailed dossiers on some of the targets¸ after police in Moscow broke up a criminal gang. British police made the case public on 28 November¸ revealing to the press that an initial post mortem was “inconclusive¸” that the coroner will hold an inquest¸ including toxicology tests whose results will not be known for weeks¸ possibly months¸ and that a senior officer has been assigned to find out what happened.

Old sayings die hard as rumours of a Russian mafia along with the dead are resurrected at State level where a deceased is to be tried in a cauldron of fury reminiscent of totalitarian theocracy that is hardly be-fitting for an approaching Easter season. Notwithstanding¸ in Russia the stage is set for the trial of the century¸ where despite the presence of a more than likely involuntary homicide¸ in suspicious circumstances¸ a whistle-blower and an allegedly negligent medical practitioner reminiscent of the recent Michael Jackson saga¸ the protagonist of these proceedings is to be the deceased himself¸ on charges of tax evasion. It gets better when one notes the context in which these charges arose¸ that is following a casus belli whistle-blowing act by the deceased. Such whistle-blowing act was not only not investigated in a proper manner¸ but it was blatantly ignored and moreover countered by the whistle-blower’s arrest¸ on charges that ironically mirrored the contents of the whistle-blowing allegations themselves¸ that is¸ tax fraud by the Russian government. The scene set gets increasingly more morose when it transpires that the government officials indicated by the deceased whistle-blower were themselves the perpetrators