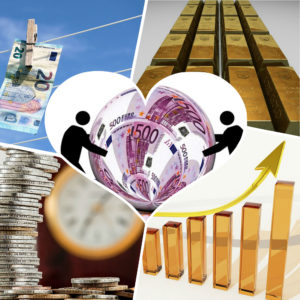 Correspondent banking is like the blood that delivers nutrients to different parts of the body. It is core to the business of over 3,700 banking groups in 200 countries and this is akin to a bilateral arrangement, often involving a reciprocal cross-border relationship in multiple currencies.

A correspondent banking arrangement (CBR) involves one bank (the correspondent) providing a deposit account or other liability accounts, and related services, to another bank (the respondent), often including its affiliates. The arrangement requires the exchange of messages to settle transactions by crediting and debiting those accounts.

Correspondent banking enables the provision of domestic and cross-border payments. Timely implementation of the Financial Stability Board’s 2015 action plan endorsed by the G20 Summit will be critical. Industry initiatives could be pursued to facilitate customer due diligence and help reduce compliance costs, especially in countries facing a severe loss of CBRs and diminishing access to the global financial system. The public sector may consider the feasibility of temporary mechanisms ranging from regional arrangements to public-backed vehicles to provide payment clearing services.

As we discuss later in this article there is a real concern expressed by some IMF member countries that their financial lifeline is at risk: in Africa, the Caribbean, in Central Asia, and in the Pacific. The decline in correspondent banking spans several continents and Malta is not excluded. Withdrawal of CBRs has reached a critical level in some affected countries and this phenomenon has started to occur in Malta.  There is currently one large bank that is servicing Malta’s correspondent banking requirements and there is therefore significant dependency on a single provider.

To be clear, this problem has many dimensions. There are first of all the corresponding banks themselves, mostly private banks that make their own business decisions every day.  There are the regulators who are concerned with economic and financial stability, treasuries and finance ministries worrying about tax revenues and money laundering – as well as security agencies that try to limit the abuse of the financial system to finance terrorist activities.

It is an open secret that correspondent banking relationships have been terminated in some jurisdictions following the global financial crisis.  In recent years, several countries have reported a reduction in CBRs by global banks. Surveys and other available evidence indicate that smaller emerging markets and developing economies in Africa, the Caribbean, Central Asia, Europe and the Pacific as well as countries under sanctions may be the most affected.

The situation in Malta started taking a turn into difficult territory due to the dependency on one single provider. Taken to its worst case scenario, this now faces a threat that has Spartan implications for Malta’s future growth in commerce. As stated earlier in this article correspondent banking relationships are essential to the global payment system, facilitating cross-border transactions, particularly for international trade, remittances and foreign direct investments (FDI).

Outside of setting up branches in foreign countries (which is costly), a domestic (respondent) bank requires a correspondent bank (CB) in that foreign territory to act on its behalf.  However, amidst concerns about money laundering and the financing of terrorism (ML/FT), several correspondent banks have been terminating or restricting business relationships with clients or categories of clients to avoid, rather than manage, the inherent risk. This action, referred to as ‘de-risking’ or ‘de-banking’, is a challenge that requires urgent and coordinated action from a national regulatory, and political leadership.

What is driving de-risking practices?  In general, there are three main reasons for the surge in de-banking practices: (i) a fear of reputational loss (ii) rising compliance costs and (iii) rising fines and penalties for breaches. Correspondent banks fear the impact on their reputations if they are found to be (or even suspected of being) willingly or unintentionally aiding the financing of criminal organisations.

Complying with anti-money laundering and countering financing of terrorism (AML/CFT) regulations is also increasingly expensive, particularly because laws and standards differ across jurisdictions, creating a regulatory entanglement that is difficult, maybe even impossible as the situation stands, to navigate. In addition, should banks be found in breach of these rules, the penalties are increasingly severe.  Altogether, the combination of reputational damage, compliance costs, and breach penalties threaten the profitability of the banks to a degree that does not justify remaining in correspondent relationships and lines of business with low margins.

Underlying all of this is an informational deficiency. There is a general absence of clarity of the standards of customer due diligence necessary as set by the Financial Action Task Force (FATF), particularly exacerbated by differences in rules across jurisdictions. There is also ambiguity surrounding the criteria for de-risking actions and a lack of uniformity in its implementation across institutions. This has contributed to a largely unsubstantiated fear of doing business with banks located in the periphery of Europe who, despite much progress and their best efforts, still find it difficult to satisfy some correspondent banks.

Some local banks are often unclear about the precise reason their CBRs are being terminated. This inhibits the ability of local financial institutions (both the banks themselves and their regulators) to effectively respond to the problem. A general paucity of empirical data further constrains a comprehensive understanding of the problem and how best to address it. It is to be expected that after the financial crisis of 2008, stricter rules for the financial sector were invoked by many countries.

The new global regulatory framework for banking industry, Basel III, introduced demanding capital requirements related to the risk exposition of the single entity. In fact, capital requirements are a significant cost that erodes the interest margin of the bank. These have led to a now much more expensive price for risk. Moreover, macroeconomic conditions following the crisis, such as surplus of liquidity and low/negative interest rates, are damaging the banks’ profit margin as well.

Interest rate and deflation outline peculiar conditions in which the whole financial markets operate. This is surely an important driver for the recent withdrawal of CBRs. But of course it isn’t the only one. As previously noted, the profit margin of banks is endangered and eroded by a stricter regulation and by unique macroeconomic conditions.

Another important observation concerning cost cutting, is that compliance expenses are usually a considerable fixed cost. Banks actually do try to amortize compliance costs by economies of scale, leading to concentration of the sector. This kind of cost is very relevant in the correspondent banking business. This can be explained by the fact that operating in different, small and emergent economies, the expenses in compliance often double in response to legal and bureaucratic systems.

One cannot omit to notice how the revised Financial Action Task Force standard for AML/CFT is greatly focused on assessing risks and applying a risk-based approach. Jurisdictions and regulated sectors are required to identify, understand and assess money laundering and terrorist financing risks, and to take actions to ensure these risks are effectively mitigated.

As regulated sectors transition away from previously more rules-based systems to a greater emphasis on assessing risks and implementing a risk-based approach, this can and in practice does create additional costs. Notably it may lead to the over-cautious use of enhanced due diligence measures resulting in an unnecessary increase in compliance costs.  Local business relationships with customers from certain emerging jurisdictions, such as Iran, could represent a risk of additional cost, which may lead to banks’ decisions to terminate such relationships.

In conclusion, pressure on CBRs could disrupt our financial services and cross-border flows, including trade finance and remittances, potentially undermining financial stability, inclusion, growth, and development goals. Ideally locally there should be coordinated efforts by the social partners to lobby in favour of more CBRs and with the discrete intervention of regulators help persuade more banks to enable the provision of domestic and cross-border payments.