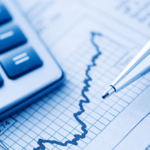 An innovation-driven economy with notable advantages in financial services development and technological readiness – these¸ in essence¸ are the World Economic Forum’s findings on Malta published in its Global Competitiveness Report 2011-2012.  Ranking in 15th position for financial market development¸ Malta falls within the same point bracket as Singapore (1st)¸ Australia (6th)¸ Switzerland (7th)¸ Luxembourg (8th)¸ Sweden (11th)¸ Canada (13th) and France (18th). In Malta’s case¸ financial market development is by far the highest ranking ‘pillar’ of economic competitiveness from among 12 different Pillars of competitiveness measured in the Report.  The key indicators underpinning this result also confirm the financial services sector’s importance as a critical component of economic stability and driver of economic growth.

According to the Report¸ the soundness of Maltese banks ranks in 12th position¸ practically on a par with that of Hong Kong¸ Singapore¸ Australia and Canada which comes in at first place. Malta was also placed 12th for ease of access to loans¸ 10th for the strength of auditing and reporting standards and 21st for regulation of securities exchanges.

Under the other Pillars¸ Malta gained further ground in the quality of the educational system (18th)¸ business impact of rules on foreign direct investment (11th)¸ availability of latest technologies (21st) and country credit rating (26th). The country also ranks among the top 20 for FDI technology transfer¸ quality of the port and air transport infrastructure¸ telecommunications and safety of doing business.

The Report places Malta in 51st position in its overall ranking based on 142 countries and among a group of forty-one countries that are considered more likely to be able to sustain their competitiveness in the longer term. At 65%¸ sectoral value-added as a (%) share of GDP is among the highest in all countries surveyed.