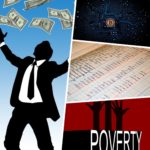 It is good news to hear the minister of finance assuring us that real Gross Domestic Product growth predictions for 2018 and 2019 stand at 6% and 5.3% respectively. All this indicates a strong growth compared to an average EU rate of around 1.5%.

Look around you and rating agencies tell us our credit ranking is high and it is reassuring to hear NSO’s assertions that our GDP growth is reaching an impressive figure – three times higher than the EU average. Labour statistics are so good we are about to match President Trump’s success in the US without the hubris – “Make Malta great again”.

However all this begs a question – what is the medicine that cured the patient and how did the country recover so quickly when one recalls that eight years ago the economy went into recession? The strong growth since 2009 was due to an improved utilisation of the labour market.

It means there are more shoulders to the grinding wheel and less people at risk of poverty and social exclusion through the gradual implementation of active budgetary measures. In hindsight one wonders how 2017 was a year of spectacular GDP growth that sparkled with so many milestones. It started with a hectic six-month rotating EU presidency which was instantly mired by a controversy alleging corruption among members of the Prime Minister family. He rebutted allegations and challenged his detractors in a snap election – one year ahead of end of his mandate.

Muscat won the election with a larger share of the vote and never looked back. Since being elected leader in 2008, he has won two general elections with emphatic margins, led the PL to victory in two EP elections and obtained absolute majorities in four rounds of local elections.

His record is unparalleled in Europe and it stands to reason that 2019 will be a decisive year for Muscat since he will want to repeat this success in the EP election.

One feather in his cap is the drive to boost economic and social improvements. Preparations to attract more investment are in full swing and Malta Enterprise has just announced the attraction of a major data mining company based in India which will be shortly setting up base in Marsa. Malta Enterprise has attracted three companies specialising in the manufacture of medical cannabis for export.

Health Minister Chris Fearne had said in the near future this will be facilitating the availability of refined medical cannabis in our hospitals. Equally interesting is the initiative taken by junior minister Silvio Schembri who is trail-blazing a new drive to attract cryptocurrencies and fintech after promulgating three pioneering laws regulating the sector.

Malta can become a Med hub for disruptive technology, such as blockchain and Bitcoin, and Silvio Schembri thinks that having the advantage of a nimble legislative process, this can enable us to keep abreast of fast developments in the sector.

But there are other challenges to surmount. Observers predict that the Macron/Merkel duo will push to introduce tax harmonisation measures that four years ago gave the birth to the ugly twins – BEPS and ADIT. This nascent harmonisation regime may intensify the drive to impose Common Corporate consolidation tax rules which, if fully implemented, may sound the death knell of our unique tax structure.

It may be the calm before the storm and one shudders to think how we, being the smallest member in the club, can resist from drinking from the poisoned chalice. Italy, France, Germany and Spain are pushing to toughen the EU tax legislation, but are facing resistance from smaller nations like Luxembourg, Ireland and Malta, which fear reform could hurt their economies.

Malta needs to fight tooth and nail to retain its fiscal advantages. To get better control over fiscal leakages allegedly arising from unstoppable internet commerce Brussels proposes a new “web tax”. This will be aimed at firms buying “intangible digital products” such as advertising and sponsored links embedded in webpages.

France has also proposed its own national, digital levy, but as yet the European Commission urged countries to hold their fire. The EU has threatened to move ahead alone rather than wait for the world’s rich nations to find an accord. Quoting Jean-Claude Juncker he said, “We are of the opinion that in the digital sector, tax has to be paid where it is due, be it online or be it offline”.

“The Commission will next year propose rules on fair and effective taxation that provides legal certainty and a level playing field for all.”

Back to our economy – and it is good to comment on the competitiveness of our manufacturing units since wages are improving yet the expectation gap is widening – this means that as the unions demand higher wages, the margins of profit will deteriorate unless an added impetus is made to innovate our export potential.

It stands to reason that we need to be diligent and look for higher value-added sectors which are sustained by indigenous research and development skills.

This challenge looks us straight in the face. Simply put we need to invest money where our mouth is. This means enriching our research and development ecosystem and reach the annual target of 2% GDP.

It goes without saying that this is no mean task since we only invest 0.67% annually. It is an open secret that the ecosystem does not support cutting-edge research facilities except for Toly products which manufactures beauty cases for export luxury fashion world. Again, most of the pharmaceutical production units do not harness the coveted IIP on the island.

Innovation is the buzz word and on this subject the good news is that both political parties concur on the need to substantially increase investment in R & D, and consequently PKF thinks that its efforts to attract a world class organisation in this field does not come a moment too soon.

In this context there exists a number of options to choose from but an interesting landmark is the USA – Boston based Cambridge Innovation Center (CIC). It was here that Android co-founder Rich Miner built his unique Google Android software.

What is so special about CIC? The answer is that as an innovation hub it succeeded in attracting world-class start-ups which proved very supportive for the US economy through the generation of premium jobs and its high value-added inventions.

Can Malta enterprise stand tall to face the challenge and bite the bullet?