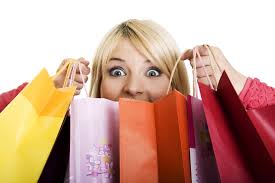 Thanksgiving Day is a national holiday celebrated primarily in the United States and Canada as a day of giving thanks for the blessing of the harvest and of the preceding year. Beside that¸ this day is also a very important date for the overall consumption in USA. Shops offer amazing discounts and everything’s starting with a Black Friday.

Black Friday is the day following Thanksgiving¸ often marked as the beginning of the Christmas shopping season. In recent years¸ most major retailers have opened their shops very early and offered promotional sales to kick off the holiday shopping season. Meaning that’s the day they turn a huge profit. The term Black Friday itself refers to the fact that the day after Thanksgiving is traditionally when stores make it into the black for the year. Meaning that’s the day they turn a profit. For many people the Black Friday truly is the “Super Bowl” of shopping.

This year it happens that there less days between Thanksgiving and Christmas than usual. Many stores are being aggressive in their advertising and sales to try to get shoppers into their stores. This year¸ 140 million people are planning to shop on Thanksgiving weekend. That’s down 7 million from last year.

Despite the cold winds of snow during the weekend this year¸ many Americans are determined to continue their “tradition” to camp out in front of their favorite stores so that they can get the best deals.

The tradition of black Friday is originally American but recently Black Friday has been exported to nations outside of North America such as the United Kingdom by major online retailers like Amazon and Apple.

Electronics are usually the big seller on Black Friday and that’s where some of the best deals are lying in wait. It is important to know that many other discounts are misleading. Smart consumers will worry less about the date and more about whether a particular discount is as big as it seems to be. Just as in any other time of the year¸ canny comparison shopping will help you snag the real deal¸ not some holiday gimmick.

Although the wildness of black Friday is unstoppable the newest initiative appeared that encourages holiday shoppers to patronize brick and mortar businesses that are small and local. So called – Small Business Saturday –  is an American shopping holiday held on the Saturday after Thanksgiving during one of the busiest shopping periods of the year.

This initiative was promoted by by American Express in 2012 via social media as a way to remind people of small businesses during the holiday season. It brings awareness to some small¸ independently owned businesses. This kind of initiatives should be followed in different countries to assist and promote the development of small businesses¸ a sector which is somewhere forgotten in many countries.