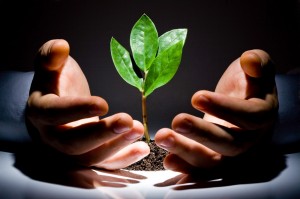 Venture capital is a form of financing based on the provision of equity capital from an investor, in order to finance the early stages of potential long-term growth companies in high-growth industries (for example in biomedical or IT sectors). These types of firms are too risky to be financed by banks or standard capital markets and so they need to find the required capital for the development of their project in alternative ways.

Sometimes, the contribution that the venture capital gives to the start-ups is also the managerial and technical expertise necessary to run the business. Most of the venture capitals, in fact, are composed of wealthy investors (for example retired managers) or banks that decide to share the risk of such an investment providing their expertise to entrepreneurs that have no access to the credit market or don’t have the knowledge required to manage the firm. On the other hand, the entrepreneur is influenced by the venture capitalists decisions, so he loses some independence.

Venture capital is a kind of private equity, that is to say that category of equity or debt investments addressed to firms that are not listed on a regulated market. The main form of return from a venture capital operation is given by the sale of firm shares to another owner. The exit of the venture capital can also operate with the listing of the financed company and the exit strategy usually happens in 3-7 years.

In Europe, venture capital regulation is contained in the “Regulation (EU) No 345/2013 of the European Parliament and of the Council of 17 April 2013 on European venture capital funds”, which uniforms regulation about venture capital in Europe. Every fund that use the label “European Venture Capital Fund” (EuVECA) have to direct at least 70% of its aggregate capital contributions and uncalled committed capital in assets that are “qualifying investments”. The common regulation wants to encourage the activity of venture capitals outside the national bounds and all over the Europe, in order to attract more capital and increase the amount of investments towards small and medium entities.

The exposure of a qualifying venture capital fund cannot be increased beyond the level of its capital through borrowing of cash or securities, the engagement of derivative positions or by any other means.

The firms eligible as qualifying portfolio undertakings are those firms that:

Together with the EuVECA, another important instrument to direct investments towards SME is the EuSEF (European Social Entrepreneurship Found Managers). Its task is to finance social businesses which have a positive social impact in fields like employment and labor market, social inclusion, public health etc.

These two regimes are voluntary; if the managers decides not to respect the requirements needed to benefits of such labels, national regulation continue to apply.

For crowdfunding, instead, there is not a uniform European regulation, so each country decides how to discipline it. Crowdfunding is a new form of venture capital based on raising finance via the Internet and it works by asking to a large number of people the contributions needed to finance the project. The operation is developed by three parties: the proposer of the idea, the supporters that decide to finance it and the crowdfunding platform in which promoters and supporters met each other.

The most important types of crowdfunding are equity crowdfunding and debt crowdfunding. It is essential for those types to be regulated, because they provide services that are usually regulated and reserved to banks or financial institutions. In the first case, the supporter that finance the idea has the right to receive an amount of shares that is proportional to the amount financed, while in the second case, the supporter become a creditor of the firm.

Crowdfunding regulation is different across the Europe, because it generally remains below the €5m threshold. In this case, the Prospectus Directive 2003/71/EC offers freedom to national lawmakers to implement a country-specific regime, so it could be useful to know and to compare the most important regulations.

In Italy, the first European country that developed a set of rules for crowdfunding, only innovative, high-tech, small size firms can be financed by this procedure. On the other hand European Commission intent to admit in this operation the largest number of firms and a further limit is given by the fact that in equity crowdfunding at least 5% of the share capital must be underwritten by professional investors. Moreover the existence of a secondary market in which participations can be exchanged could improve the use of this financing method.

In Germany, the crowdfunding regulation process is in progress for both equity type and debt type and it is aimed to give more protection and information to investors, as well as to provide exceptions for crowdfunding platforms from most requirements under the German Investment Product Act. In order to fulfill these tasks, an exception has been set for profit-participating loans under the threshold of €1.000.000. In this case, it is required that only a three-page fact sheet have to be provided to investors in order to make them informed about the risks and characteristics of investments. The weakness points of German regulation are the limitation of the reduced regulatory requirements only to profit-participating loans, in this way equity-based and debt-based crowdfunding are differently treated, and the limitation of maximum investment per investor set at €10.000, with restriction starting from €1.000.

In UK, the same as in Germany, the making of non-consumer loans was generally treated as a non regulated activity, so the crowdfunding lending model developed quickly. From 1st April 2014, the new regulated activity of “operating an electronic platform in relation to lending” was introduced into the Financial Services and Markets Act (Regulated Activities Order) 2001 (the RAO), defining the rules for debt-based crowdfunding. In order to operate, the debt-crowdfunding platforms have to be authorized by the FCA (Financial Conduct Authority) and the regulation is valid for loans where either:

If the FCA recognizes that a platform operates without permission, it has the power to take enforcement actions in a number of forms, which could potentially include seeking out a court order to require the platform operator to put lenders or borrowers in the same position they would have been in if they had not entered into the loan agreement. In the 2014 budget, the Government also confirmed that peer-to-peer loans would be made eligible for inclusion within Individual Savings Accounts (ISAs) and therefore subject to the tax benefits accorded to ISA, if the platform guarantees a liquid secondary market in which lenders can trade their loans.

Passing to equity crowdfunding, in order to avoid speculative investments, a cap has been fixed for individual investment equal to 10% of investor’s net investible assets. This limit is not valid for sophisticated investors and peer-to-peer loans. The FSMA requires also a prospectus to be published where transferable securities are offered to the public, but most crowdfunding transactions fall within an exemption for offers worth less than €5m in a period of 12 months. There are other exemptions that may be of use if single issues increase beyond this level.

As can be seen, crowdfunding regulation is really fragmented and different among European countries, so a common framework should be established by European Commission in order to create a European crowdfunding market, as in the venture capital case, that permits to the single platform to operate beyond its national borders.