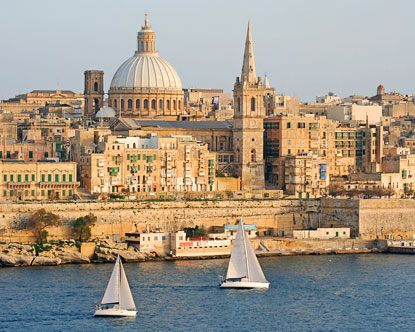 La Valletta¸ the capital of Malta Island with beautiful Old Town has been unanimously chosen by the Council of Ministers of the European Union for European Capital of Culture for the year 2018. The European Capital of Culture (ECoC) is a city designated by the European Union for a period of one calendar year during which it organises a series of cultural events with a strong European dimension. It took place in Brussels on Friday 17th May 2013¸ during a meeting of the international jury of cultural experts. The meeting was attended by the Hon José Herrera Parliamentary Secretary for Culture and Local Government who led the Maltese delegation. He was accompanied by Valletta 2018 Foundation chairman Mr Jason Micallef.

The title of European Capital of Culture is a prestigious one¸ which was awarded to a city rich in history and with the potential to further strengthen its cultural and socio-economic sectors. Malta has been congratulated for the work done which gives the hope that the Maltese cultural and creative sector has a bright future ahead. This award should encourage Malta to keep on implementing its long-term plans of developing.

The capital of Malta will be sharing this honourable title with one of the Dutch cities (The Hague or Eindhoven).

Have a look at these videos to see how beautiful La Valletta truly is: