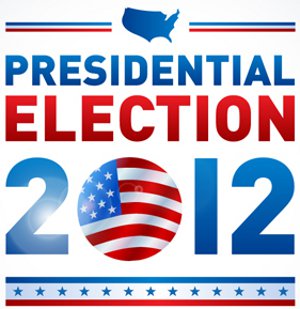 A rundown of the key facts on the election

Despite his re-election¸ U.S. President Barack Obama has given the output of the parallel congress held elections expected in his second term with strong opposition from the parliament.President Barack Obama’s Democrats retained their majority in the US Senate. However¸ Republicans will keep hold of the 435-seat House of Representatives with a solid majority. The President of the House of Representatives¸ John Boehner could claim his seat. The 62-year-old man was replaced after the massive victory of the Conservatives in the 2010 during the election congress Democrat Nancy Pelosi in this office. After the announcement of preliminary election results¸ Senate Majority Leader – Harry Reid said: Now that the election is over¸ it’s time to put politics aside¸ and work together to find solutions. The strategy of obstruction¸ gridlock and delay was soundly rejected by the American people. Now¸ they are looking to us for solutions. We have big challenges facing us in the months ahead”.

Majority in the Senate

In the Senate¸ Obama hold a 55-45 majority. There are also two non-party senators who support Obama’s policies. The Republicans had hopes for sstrengthened their control over the 100-seat US Senate. But in Indiana¸ the Republican candidate Richard Mourdock lost his seat to Democrat Joe Donnelly. The ultraconservative Mourdock described pregnancies resulting from rape as “something that God intended”. Likewise¸ Republican Todd Akin¸ whose comments about “legitimate rape” raised the controversy this election season¸ lost his bid for a U.S. Senate seat in Missouri to Democrat Claire McCaskill.
After it had long looked for a victory Akins¸ his approval ratings had dropped¸ when he declared that the female body can prevent a pregnancy from a rape. After the Senate races are decided¸ retiring moderates from both parties in Maine¸ Connecticut¸ Nebraska¸ North Dakota¸ Virginia and Indiana will be replaced¸ while moderates on the ballot in Montana and Massachusetts could also be gone.

The battle for the majorities in both houses of parliament was seen as crucial in order to overcome the deep divisions in Washington politics. There is little evidence that the current political stalemate could find important issues. But the clear electoral advantage for Barack Obama is an important signal to all voters: YOU have decided¸ not lawyers in the backrooms. If one looks at the results in the individual states is clear: America is a divided country. Many Republicans oppose Obama as radical and do not feel represented by him. If Mitt Romney would have won the election¸ it would be the other way around.

In order to implement real reforms¸ the President needs the help of the Republicans who continue to have a majority in one house of Congress due to the fact that Democrats can block many projects. The Republicans a