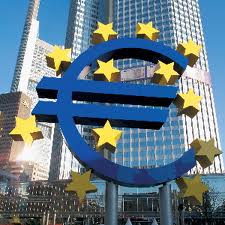 After 12 years of the economic and monetary Union (EMU)¸ the Eurozone 17 is facing a painful crisis. Political leaders also seem incapable of doing anything constructive and a question has arisen: What is the Role of the Euro in the Current crisis?

Georgios Karras¸ from Department of Economics at the University of Illinois at Chicago¸ examined the role of the Euro in the recent macroeconomic performance. He processed data from 11 euro member countries such as Austria¸ Belgium¸ Finland¸ France¸ Germany¸ Greece¸ Ireland¸ Italy¸ the Netherlands¸ Portugal and Spain over the period 1991 through 2009.  All data was obtained from the IMF’s World Economic Outlook.

This empirical study confirms that adopting a common currency comes with both benefits and costs that can vary over the time. This means that membership in a currency union can appear sometimes as an asset and at other times as a liability.

The paper’s results suggest that euro membership has been typically accompanied by lower or stable inflation. This is the benefit of monetary integration. Subsequently¸ the stabilization cost of surrendering monetary independence has arisen. This means that the trend regarding a reduction in inflation has also been generally followed by an increase in business-cycle volatility.

The examined relationship between realized macroeconomic costs and benefits of adopting a common currency has often been positive for a large subset of the countries. In most cases¸ high benefits are related to high costs¸ while low (or negative) benefits correspond to low (or negative) costs. The best example regarding this trend is now “often discussed” Greece. Since adopting the euro¸ Greece experienced the greatest double-digit reduction in inflation of almost 20 percent¸ and thus the largest inflation benefit. It is clear that this has led to greater cyclical instability of the country. Also Portugal¸ Italy and Spain paid stabilization costs for smaller but still sizable benefit. On the contrary¸ Finland¸ Belgium or Ireland have experienced negative inflation benefit¸ and also negative stabilization costs¸ all this leading to better cyclical stability.

But is it the Euro really responsible for the cyclical instability? It was investigated that euro membership in itself can actually cause the higher business-cycle volatility¸ if the economy’s cyclical correlation with the union as a whole is low. So it is not surprising¸ that a country in the different stage of business cycle in comparison to other Euro members¸ which economy is not as competitive as the economies of other ones¸ can face cyclical instability after introduction of euro. The best example for this is again Greece.