There are 507 million citizens in Europe and just as much consumers. Laws had to change for guaranteeing safety and loyalty for all consumers. That’s why the European Union has decided to modify the consumer rights. The new EU legislation permits consumers in Europe to defend their rights¸ whether it be online or on shops. Thank to this new legislation¸ European companies will have the same rules and it will be less costly to offer products and services everywhere in Europe.

“Today Europe is putting an end to consumer rip-offs online. As of today every consumer in the European Union can claim his or her rights under the Consumer Rights Directive meaning: no more pre-ticked boxes when you buy a plane ticket¸ no more extra charges for paying with your credit card online and no more traders telling you that you can’t return a good you bought online¸” said Vice-President Viviane Reding¸ the EU’s Justice Commissioner. “A confident consumer is the best possible news for our single market. Putting consumers in the driving seat by boosting their confidence is the cheapest stimulus package that Europe can put in place. The European Commission will now rigorously be checking if Member States stick to what they have previously agreed by implementing the rules correctly and grating consumers the rights they deserve.” 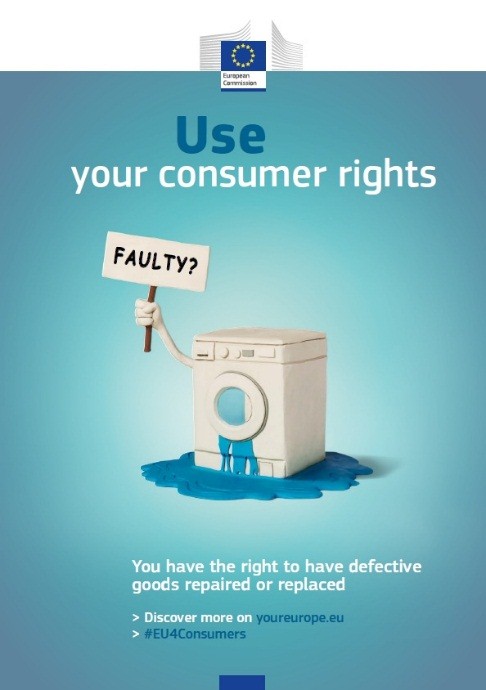 In June 2011 (after a 3-year discussion between the European Parliament and the Council on the Consumer Rights Directive)¸ an agreement has been signed to improve consumers’ rights. Governments had two years to enforce these rules with a final deadline the 13th June 2014. In the same time¸ the European Commission has organized a consumer rights campaigns in the way to inform citizens about their real rights and their possibility of protestation in case of problem. Moreover¸ the campaign gave consumers advices and insisted on the fact they have to pay particular attention to their own rights. The European Commission was (and still is) available if consumers need help. The main target of this campaign was 8 countries : Bulgaria¸ Cyprus¸ Greece¸ Italy¸ Latvia¸ Poland¸ Portugal and Spain.

This video was also communicated to inform consumers by another way than flyers or posters.

Top 9 of changes in the new EU consumer rules for consumers and traders :