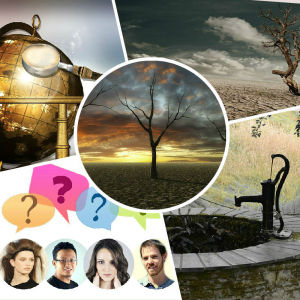 The heading in the Times of Maltaon 19 June read: “Oil investors biding their time till disputes solved”. In my opinion¸ this is a lame excuse and does not justify the dearth of investment¸ but some stakeholders have other axes to grind.

The article continues to placate us by saying: “Territorial disputes hanging over parts of Maltese oil licensing areas may be deterring actual investment¸ but there is still no shortage of interest from oil companies”. If there are so many gate-crashers at the Directorate of the Continental Shelf waving fat cheque books for new production-sharing licences¸ then why is it a state secret? It is so condescending¸ after a absence of drilling activity for the past 12 years¸ to still be reading official statements in the media telling us that “Neighbouring states have registered claims over part of Malta’s 76¸000 sq. km acreage: Italy to the northwest and northeast¸ Tunisia to the west and Libya to the south.” Therefore¸ apart from Area Three and Area Four (now owned by Genel) there are other areas that are affected by overlapping interests.

Why¸ over a period of 25 years¸ have we not challenged such claims¸ or at least succeeded in reaching joint drilling agreements? The man in the street has by now become so fed up with reading about failed attempts that hope of a successful discovery has faded completely and melancholy has set in. Last month¸ a rig with the name Paul Romano started drilling at Hagar Qim¸ a well about 130 kilometres south of Malta¸ close to the Libyan oil rich Sirte basin. The rig¸ with a crew of 120¸ was fully equipped for drilling in water that is 450m deep with the objective of reaching 2¸500m below the seabed. Then an announcement solemnly informed us that the rig was being immediately redirected to drill on the Sidi Moussa block¸ off Morocco¸ where Genel has a working interest.

Genel managing director Tony Hayward (ex CEO of BP at the time of the fatal Mexico disaster) was reported as saying that the well was abandoned ahead of schedule simply because the drilling operation had been so strong and efficient that it had finished the well ahead of schedule. This is a mystery that begs an answer – or possibly an independent inquiry – since previously a Genel spokesman had said that exploratory drilling would last between 45 and 55 days¸ so by the end of August it could be talking about the next phase.