Imagine A New Fuel That Doubled Every Car’s Mileage… 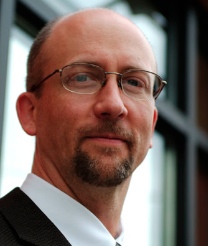 That’s the kind of “tipping point” impact one new cancer-blasting drug could have for medicine. Right now it “only” wipes out leukemia and lymphoma¸ but its unique seek-and-destroy mechanism stands to improve literally dozens of cancer treatments. Bottom line? This drug is poised to crush the $5.6 billion in sales of Rituxan¸ the current market leader. Investors in the tiny company that produces it could see a modest stake balloon into $200¸000 or more in the short term.

Most investors operate on some variation of the “set it and forget it strategy” which is why¸ more often than not¸ they’re surprised by what happens to their money when the stuff hits the fan.

That doesn’t have to be the case. In fact¸ I think you can do just fine with a few time-tested tactics at your disposal.

Here’s a simple five-step plan to help you get started.

1. Set goals and monitor your progress

Most investors have no understanding of where they want to be let alone where they’ve been. I call this the Christopher Columbus management style. Even though he went down as one of the world’s great explorers¸ in reality he had no idea where he was going nor where he was when he arrived.

Try setting goals then working backwards. For instance¸ if you really want above average income¸ why are you wasting your time with growth only choices that pay no dividends? History shows that dividends can contribute up to 97% of total stock market returns over time. Similarly¸ if data shows that 75% of the world’s economic activity now takes place outside our borders¸ why do you only have 6% of your holdings in international stocks? As much as 40% or more may be more appropriate according to Wharton Whiz Dr. Jeremy Siegel.

Many investors are familiar with the concept of diversification as Wall Street practices it – spread your assets around and the idea is that you’ll protect your money against any single loss. That’s like rearranging the deck chairs on the Titanic. No wonder Warren Buffett reportedly quipped that “diversification is for people who don’t know what they are doing.”

Like Buffett¸ I think it’s far more important to concentrate your assets because then you’re investing in the certainty of returns rather than trying to protect your money against things you can’t control in the first place.

That’s why I advocate investing in globally unstoppable trends with literally trillions of dollars behind them. I’ll bet you can p