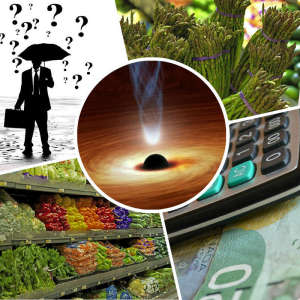 With one fell swoop more than £2bn was wiped off the value of this retailer and it comes as no surprise that such a massive cut would draw the attention of the media as many are asking what went so wrong in the world ‘s third largest retailer.

We are all familiar with the massive UK retailer Tesco¸ which recently issued a profits warning that it overstated its results. Tesco admitted to the chagrin of investors that an internal review of accounting practices in its six months’ results  had misleadingly boosted profits by £250 million – not a joke.

Its sudden fall from grace ushers in huge losses for pension funds¸ traders¸ small investors and thousands of employees who hold the shares. It was then plunged deeper into crisis after it was forced to suspend four senior executives following the discovery of the black hole.

With one fell swoop more than £2bn was wiped off the value of this retailer and it comes as no surprise that such a massive cut would draw the attention of the media as many are asking what went so wrong in the world‘s third largest retailer.

Not a moment too soon after the sacking of the chief executive¸ his replacement immediately engaged independent forensic accountants and lawyers to scrutinise its books in the wake of a warning from a whistleblower that timing of receipts from suppliers were suspect and some business costs were unaccounted for.

All the better this revelation seemed like a bolt in the blue which coldly  reduced  profits by half in 2014. Sceptics fear that once a deeper investigation by Deloitte as independent accountants is concluded more woes will be discovered¸ provoking more downgrades in profit performance.

It is no exaggeration to state that Tesco is one of UK’s largest employers and media reports reveal how its top managers had been asked to hand in company laptops and phones as the inquiry took place. A top law firm¸ Freshfields¸ has been recruited to assist in the assessment of what went wrong.

For readers who remember the Enron scandal was also uncovered by a whistleblower and even now at Tesco¸ the shady practices were uncovered by a whistleblower. The savvy accounting practices included a clever way how to  accelerate payments from suppliers for in-store promotions and bonus payments – also paid by suppliers – when Tesco hits sales targets.

There were other irregularities concerning valuations of stock that is out of date¸ and inventory  theft. It is logical to question how this large listed company can possibly perpetrate such practices when it is under the scrutiny of financial regulators like the Stock Exchange and of course is regularly audited by Big Four accountants.

To delve deeper into the mystery one cannot but reproduce what the British media has reported on comments published on Tesco’s latest audited accounts. On page 66 of the annual report, auditors PWC note that “commercial income is material to the income statement and amounts accrued at the year end are judgmental. We focused on this area because of the judgment required in accounting for the commercial income deals and the risk of manipulation of these balances.”

This is a carefully worded warning coming from the auditors which in the end found comfort that remedial measures were put into place by Tesco to allay their concern and on the strength of this comfort issued a clean audit report. PWC is no stranger to Tesco as it has been regularly appointed as its auditor for an uninterrupted period of over 30 years.

Incidentally now, with the latest EU regulations, mandatory rotation of auditors is expected after the first 10 years unless special arrangements are made to extend the appointment for another decade. Strict rules now are in place in UK for the Big Four auditors who dominate the roost in the FTSE 100 market, not to charge more than 70% of audit fees extra for consultancy work.

Tesco paid £15 million in fees to its auditor last year, which included a sum of £3.4 million for special consultancy services. Out of 10 directors sitting on its board, two are ex-PWC partners. In the past, analysts have accused Tesco of overstating profits by booking rebates or bonuses from suppliers early.

Put simply, it is common practice in the industry to agree a cost price with a supplier at the start of the year but to receive a discount at a later date based on hitting sales targets. Deciding when to book these payments is “art rather than science”, according to one industry insider, but the margin for error would never be expected to be of the magnitude running into millions as the size of a black hole recently discovered by a whistleblower at Tesco.

Readers may question what is the connection between the Tesco scandal in UK and the mysterious demise of PriceClub in Malta? PriceClub was a leading retailer whose directors were found by a court in 2003 to have conducted wrongful and fraudulent trading. In insolvency law, fraudulent trading refers to a company whose directors beyond any doubt carried on business with intent to defraud suppliers.

The two cases are not identical yet for different reasons both retailers had enjoyed a dominant position in their respective country. The impact of the collapse of the PriceClub on the island’s business community is probably equal to or could even be in excess of that of the possible impact of the Tesco scandal.

Continuing on the sad demise of the PriceClub one recalls how its accounting scandal was unique. Initially, the chain enjoyed one of Malta’s best turnovers. However, the chain’s demise was equally as outrageous. It closed its counters in July 2002 owing some Lm8.5 million to over 200 creditors. The late Julian Manduca (a MaltaToday journalist) had covered the case assiduously – he pursued the legal proceedings and wrote a number of articles about  the sudden implosion of the then largest supermarket chain.

With hindsight one recalls how once in liquidation court proceedings took over five years to remove legal protection for owners under the private limited companies of PriceClub. This is a unique legal concept which was predominant in the court deliberations that led to the eventual lifting of the corporate veil – this in layman terms means that shareholders cannot claim protection hiding behind the legal personality of the company.

Since companies have a distinct ‘legal personality’ it follows that members are not as such liable for its debt, meaning that under normal circumstances only the company is liable and not its members. The praxis in commerce is that shareholders’ liability is limited to the unpaid nominal value of their shares (if any).

However, there have been instances where the courts proceed to ‘lift the corporate veil’ and hold shareholders liable. This process comes into play to prevent abuse by members since it would be an injustice to defraud a company with impunity at the expense of creditors, and escape punishment on the ground that the company is at law a different person altogether.

There was a collective claim by a number of large suppliers who appointed a partner from PWC to investigate the internal controls of the company and his report give shocking news of lax inventory practices and siphoning of profits from the retailer business to finance other family interests. A unique stance was taken by a single supplier who sued the company and its auditors for damages.

This supplier declared that the shareholders, acting in their capacity as directors, had acted in a fraudulent or negligent manner and had caused the company to sustain damages, by presenting accounts showing a status which had not reflected the stark reality that the company was sustaining millions in losses.

This supplier claimed that the auditors had acted in a negligent or fraudulent manner when they prepared PriceClub’s accounts because the accounts did not reflect the actual financial position of the company. He further claimed that the audit firm and its partners were liable in damages but in the end the court judged otherwise and found no damages were due by the auditors even though they owed a duty of care to users of accounts.

Mr Justice Azzopardi said the auditors had a duty of care to their direct employers and to any third party to whom they themselves showed the accounts or to whom they knew their employer was going to show the accounts. On their part the audit firm and its partners claimed that the creditor’s claims against them were unfounded because they had never had a legal relationship with it while categorically denying allegations of negligence and fraud.

Mr Justice Tonio Mallia, sitting in the First Hall of the Civil Court in a landmark judgment concluded that directors had committed fraudulent and wrongful trading in connection with the retail business and the company’s creditors. They were held personally and unlimitedly responsible for the debts incurred by Priceclub Operators Ltd.

While the saga of PriceClub is now dead and buried one waits with expectation the outcome of the forensic work by Deloitte and the law firm Freshfields as they trawl through millions of transactions at Tesco to unravel the mysterious ways that led to the rot in their cheese counters. Pray that the ghost of PriceClub is not unduly disturbed by similar machinations in the books of an illustrious British retailer.