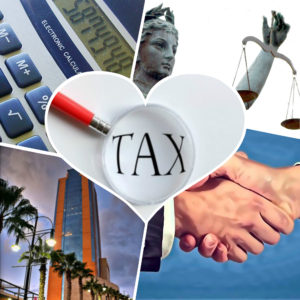 Malta will expectedly stand to lose, due to the fact that its size does not allow it to punch high in the formula. The European Commission last week announced plans to relaunch the CCCTB (Common Consolidated Corporate Tax Base), camouflaged as the elixir in tax systems which shall deliver a growth-friendly and more competitive regime. New measures next month are expected to introduce this system in a two-stage process.

The appetizer on the menu is harmonization of the tax base followed by the main serving styled “consolidation” across the EU. This is worked out using a prescribed three-point formula (a one size fits all) to allocate profits to respective Member States where the group operates.

So far there is no heinous move to steamroll a common tax rate across the Single Market. Locally there has been limited public discussion on the implications of BEPS on Malta’s financial services sector apart from a conference discussing the import of ATAD (the anti-tax avoidance directive) and CCCTB by IFSP.

More discussion is needed to inform the commercial community on the ATAD directive concluded in July this year. It imposes new obligations to fight double taxation and naturally this is most welcome.  Speaking at a meeting of EU Finance Ministers (ECOFIN Council) in Luxembourg on 17 June, 2016, Minister for Finance Edward Scicluna stated that Malta can accept the ATAD and promised to amend local tax rules accordingly.

He was ebullient that the Commission was properly versed that our full imputation tax system is a tried and tested system used since industrialization of the island.  There is no need to change it since it does not discriminate across taxpayers, whether individuals, pensioners or corporate sector. Professor Scicluna was satisfied that Malta has adequately fielded a valid case in Brussels to defend its imputation system and in his opinion he obtained the reassurance needed in this regard.

Some states like Malta do not have effective Controlled Foreign Corporation (CFC), Hybrid mismatches and Exit tax rules and will have to implement them. These rules will help ensure that profits parked in low or no tax companies are effectively taxed.  The Commission likes to think that ATAD incentivizes companies to finance their activities through equity and by tapping into markets rather than turning to debt.  The much-desired finance to host research and development in Europe can find support in new incentives.

Readers may ask what is the effect of ATAD once the five new measures are fully implemented and will this make us less attractive to foreign business?  Certainly, the measures will have the effect of removing some of the tax advantages that have in the past helped us attract FDI and will somewhat blunt our competitive edge. This is not to say that more transparency and good governance are not welcome since Malta has a lot to offer apart from its tax code to attract cross border trade.

There has been a lot of talk against abuse by corporations which transfer their profits in a massive way by hiding their physical presence in tax havens so as to reap low tax rates or claim double tax deductions. Another common abuse was complex tax planning schemes aimed to ensure that categories of income remain untaxed by making it deductible in one jurisdiction whilst in the other it is not included in the tax base. At a time when most European economies are still weak and report fiscal misbalances it is no surprise that the media complains about such abuses which end up in unfair tax competition and distort cross-border trade.

Back to the CCCTB – this is another weapon in the arsenal aimed to fight tax abuse and facilitates tax reporting among groups by allowing easy exchange of inter group losses. It fights the existence of card box type companies set up in low tax jurisdictions which now must have a taxable presence in a Member State where they must have real economic activities. As can be surmised these measures are all mimicking the BEPS cloud which is on the warpath to fight base erosion and profit shifting towards non-EU countries.

The inference is that such profits are sometimes conveniently hidden in non-EU countries. Adherents of CCCTB say that a common corporate tax base would make it cheaper for SMEs to operate cross-border in the Single Market as it reduces significant fees charged by tax consultants when filling complex returns dealing with up to 28 different sets of rules. The hype announcing CCCTB says that time spent on annual compliance activities should decrease by 8% while the time spent setting up a subsidiary would decrease by up to 67%, making it easier for companies, including SMEs, to set up abroad.

Growth-friendly activities such as R&D investment and equity financing will be incentivized, supporting the wider objectives of reviving growth, jobs and investment. Once fully operational, the CCCTB could raise total investment in the EU by up to 3.4%. The Commission had originally proposed the CCCTB in 2011, but it proved too ambitious so it was stalled. It has now tried to sugar the pill by a new scheme which it will launch in two stages.  So how will it affect Malta’s level of attractiveness towards FDI?  The answer is uncertain yet one notes that it will be mandatory for entities with global revenues exceeding €750 million a year. Perhaps a study can be commissioned by IFSP to find out the incidence of such companies on the MFSA register.

CCCTB is a belated move following the tax scandals that hit the headlines when Apple Inc was fined over $13 billion for tax evasion in Dublin apart from other earlier instances revealed in the Luxileaks report where multinationals signed covert tax deals with the Luxembourg finance ministry, saving billions in taxes. The original idea was not to impose CCCTB but to allow member states some leeway to implement it on a voluntary basis but now following such scandals it has become amply evident that it must be mandatory – to ratchet the fight against aggressive tax planning.

To sugar the pill re-launching the second reincarnation of the CCCTB the medicine is being administered in small doses. Certainly, the dreaded consolidation measure has been put on the back burner while emphasis has been showered to start the part relating to the common base. As can be expected with this Trojan horse technique, once the common base is operational then stealth consolidation will be introduced as the final step.

The fly in the ointment is the imposition of the consolidation. Here one meets an ingenious economic formula which tries to allocate profits within a diversified group on the strength of three economic criteria – capital; personnel; sales. As can be expected Malta will stand to lose as due to its size it cannot punch high in the formula, particularly where the two factors of personnel and capital are concerned.  As the subsidiaries of multinationals based locally do not usually employ the lion’s share of the total workforce and their equity capital is modest compared to the group structure, the profits allocated to Prof Scicluna’s treasure chest will be proportionally lower – hence less tax revenue. The writing is on the wall that when “Consolidation” resident in a Trojan Horse is marched triumphantly through City Gate it will not be greeted with flowers.