As published on Reuters and CNN 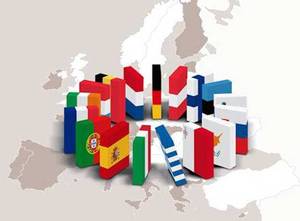 Greece has raised electricity prices for households by up to 15 percent to help state-controlled power company PPC (Public Power Corporation) cover costs for transmission rights¸ the government said. The debt-laden country increased its regulated power prices last year as well to reflect the true cost of energy generation as required under the terms of an EU/IMF bailout. The government said the new tariffs¸ which came into effect from Jan. 1¸ stemmed from PPC being required to spend 270 million euros for transmission rights this year.

Depending on consumption¸ prices for Greek households – many of which are already struggling because of austerity measures imposed by the government – will go up by between 8 and 15 percent. They come after a 9.2 percent average increase in prices last year. PPC is the dominant player in the Greek energy market¸ and the country’s EU and IMF lenders are pressing the government to make room for private companies. The company’s tariffs are regulated by the state.

Greece’s parliament approved a tax increase Saturday that should add to the government’s revenue¸ but is likely to anger citizens opposed to the country’s austerity measures. Thi new tax bill is needed to help the debt-sttricen coutry meet its commitments to interntaional creditors. Finance Minsiter Yannis Stournaras told lawmakers ahead of the vote that this new tax bill is one of ‘’fiscal necessity’’ and will ensure that shortfalls are met in a socially fair way. A 2.3 billion euros is inteneded to be raised this year. This will eventually enable Greece to qualify for further international bailout funds.

A worrying fact is that the Greek economy has shrunk by about a fifth since 2008¸ adding more than 500¸000 people to the jobless total in a country with a population of 10 million. The unemployment rate has more than tripled over the same period and stood at 26% as of September. This will contuniue to reduce the contirbution within the country.