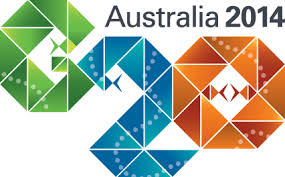 Joe Hockey¸ who was hosting last weekend the meeting of G20 finance ministers and central bank governors in Sydney¸ said delegates discussed the impact on emerging economies of the United States’ plan to reduce its bond-buying program¸ known as tapering.

Earlier Hockey raised expectations of concrete steps to deal with the ability of multinational corporations to evade tax. “There’ll be a further session on taxation¸ the rapid changes brought on by globalisation and the digital economy; what it means for the global taxation system¸” Hockey told reporters before the second day of meetings on Sunday.

The need to develop stricter rules on cross-border taxation was one of the most important topics. Profit shifting by firms away from high tax nations to lower taxation regimes has sparked public and political fury in the UK and US.

Firms in the spotlight have included Starbucks¸ Google¸ Apple and Amazon.

The G20 has now come up with a set of common standards for sharing bank account information across borders. An automatic exchange of information among G20 members will take effect by the end of 2015.

The Group of Twenty (G20) is the premier forum for its members’ international economic cooperation and decision-making. Its membership comprises 19 countries plus the European Union. G20 leaders meet annually; the 2014 G-20 meeting will be held in Brisbane¸ the capital city of Queensland¸ Australia¸ on 15 and 16 November 2014. It will be the ninth meeting of the G-20 heads o government.

In addition to those meeting¸ Finance Ministers and Central Bank Governors meet regularly during the year to discuss ways to strengthen the global economy¸ reform international financial institutions¸ improve financial regulation¸ and discuss the key economic reforms that are needed in each of the member countries.

The Agenda is not finalized yet. However¸ it is structured to address the growth challenge articulated in the St Petersburg G20 Leaders Declaration through the key themes of stimulating growth and building global economic resilience. There are many challenges that could benefit from G20 leaders’ attention; this year the key themes are as follow:

Last year’s summit held in St Petersburg dominated by questions regarding the Syrian civil war and any potential international reaction to the Ghouta chemical attacks. The summit came after U.S.-led efforts to obtain a UN Security Council resolution authorising military strikes against the Assad government had failed due to Russian and Chinese opposition.