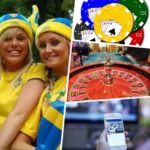 Attending the World Gaming Executive Summit held last week at the prestigious W hotel in Barcelona, the common feeling among iGaming decision makers was that the industry is facing exciting times. Gone is the curiosity about whether poker will be overtaken by another game master since the talk of town was centred about the exciting future that millennials will bring to the digital revolution.

With talk about digital wallets, blockchain platforms and the advent of virtual currencies that are creeping in the vocabulary, many operators were looking for the next talisman that can signal the key to the quantum leap in the gambling arena. Without reducing the merit of bread and butter topics such as players’ protection, regulatory oversight, new anti-money laundering and terrorist funding rules and customer retention, the three-day summit was spectacularly focused on the digital marvels hitting the radar.

Last but not least, topics centred around the latest announcement by Sweden to regulate the business by issuing licences.  Perhaps the feeling of déjà vu came back reminding me of the excitement when 14 years ago after many months of expectation, Malta itself gave birth to four types of iGaming licences.

Since 2004, when practitioners introduced the first trickle of small and medium sized gambling operators to a nascent team at Lotteries and Gaming Authority, we can proudly state that we never looked back.  Malta managed to access players resident in other European domiciles, offering them a regulated and protected set of fair games.

It was expected that various state monopolies (such as France) did not take lightly to losing gaming and tax revenue when their citizens surfed over the internet to play on sites managed and controlled from Malta.  It was then that Malta being a full member of the EU sought protection at ECJ level to fight for its rights to offer services unhindered by state monopolies that acted as a Colossus guarding the gate letting no player surf the iGaming games offered outside its territory.

In this fashion, over the years the island secured footholds in both English, Spanish but predominantly Scandinavian markets. In the latter region we were blessed with the presence of the crème de la crème of major Swedish operators who set up their castles in Malta, employing thousands. The industry supports 10% of our GDP.

Yet the race to attract more quality operators continues as the island has recently attracted notable first tier operators serving the UK market based in Gibraltar amid fears that a hard Brexit will block their entry to EU players. Back to the surprise news that Sweden decided to open up its market to local and foreign operators this has created quite a stir among the delegates attending the Barcelona Summit.

Under the new set of regulations, due to take effect on 1st January 2019 the doors are fully open for bona fide operators to apply for licences from Lotteriinspektionen – the Swedish Gambling Authority. Lotteriinspektionen is the regulatory body that is charged with issuing permits for the provision of gambling services as well as with ensuring that such services are made available to gambling customers in a safe and responsible manner.

The icing on the cake is that new licences will be valid for a period of five years and carry a fee. This varies but on average reaches €60,590 for a combined online casino and sportbetting licence. At present, the state-run operator Svenska Spel is the only gambling company authorised to operate gambling services in the country, including online gaming and betting. However, foreign operators licensed in other EU countries have been targeting local players for years.

Gambling subject to licensing will be taxed at 18 per cent. Gambling for non-profit purposes will continue to be tax exempt. Corporate tax is set at 22% and is vat exempt in Sweden. The proposals are still not as competitive as Malta’s current conditions. Malta has a maximum €8,500 annual licence fee and a remote gaming tax capped at €466,000 per licensee, and tax at just 0.5 per cent of the gross amount of bets for a remote fixed-odds betting licence.

Lotteriinspektionen will request that internet service providers in Sweden display a message warning gambling customers should they opt to access unregulated gaming websites. On the other hand, as can be expected, to reduce tax leakages service providers may be ordered to block transactions between Swedish residents and unlicensed operators.

Another commendable rule (which has recently been introduced in Malta) concerns responsible gambling provisions. Under one such provision, all players will be obliged to set deposit limits which will be observed religiously across all operators to ensure that services are provided in a socially responsible environment.

This piece of legislation effectively means that anyone operating in the Swedish gambling market must have an authorised licence and this has fired the starting gun for interested companies to collect application forms expected to be released from 10th July this year.  Such forms can be submitted beginning of August 2018.  Rumours at the Barcelona conference have it that over 100 new applications will shortly hit the regulator’s desk.

The rules call for stronger consumer protection gambling, and introduce a new offence, gambling fraud. To tighten on abuses there will be a special cooperation council to tackle match fixing.

Another unique rule is that operators can only offer a one-off bonus offer to any player.  One may ask why a relatively small country like Sweden can attract so much attention? The answer is given in statistics provided by Lotteriinspektionen which show that Sweden’s regulated gambling operations generated the total amount of SEK8.2 billion in gross gambling revenue during the second quarter of 2016, reflecting a 4% increase from the previous year.

This compares to a figure of SEK2.3 billion for black market business during the second quarter of 2016 even though one may not be 100% certain since it is not easy to quantify unregulated business. One may expect an orderly regularisation of the Swedish gambling market next year where foreign operators will be able to compete shoulder to shoulder with Svenska Spel – the state monopoly.

This can be seen in perspective when one notes how in 2016, major operators including Unibet, bet365, and Betsson recorded a 16% rise in their turnover while Svenska Spel and the other locally regulated entities grew only 2% in 2016.  In conclusion, expect a congregation of Swedish girls at Lotteriinspektionen dressed in yellow and blue traditional costumes to welcome with a smile the migration of bona fide applicants.