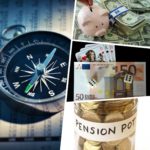 A flourishing economy has registered an extraordinary growth in the past five years, yet this trend must not hoodwink us and lure us to wave a flag of complacency. This was the message given by the minister for finance when speaking to invited guests in a pre-budget discussion. Yes 2017 saw a cool 5.9% increase in real GDP that makes us the envy of EU members certainly in the Med.

Many congratulate the minister for finance on his smart handling of the economy with “debt to GDP” ratio slowly receding to under the 60% official EU threshold.   It hit almost 73% at end of 2012 and we just managed to scrape by not being fined under the Excessive Deficit mechanism.

It is expected to go down further. Lower debt means a drop in servicing costs. But are we living in paradise?   The answer is that things are improving but there are still a number of mountains to climb.

As they say, Rome was not built in a day and the elusive trickle-down mechanism takes time to work its miracle cure. The showering of tax refunds last week ranging from €40 to €68 per taxpayer has certainly helped cool tempers frayed by the prevailing high humidity which makes life this summer less comfortable.

Critics including the bishops have warned us lately of a number of social challenges that affect our society which in their opinion need to be addressed in a constructive and innovative way to avoid pejorative consequences in the future.

One of these challenges are rising rents which can be a social curse particularly for tenants earning lower incomes or having large families to sustain. Another aspect is State retirement benefits.

It is fair to say that a one-time bonus of €300 paid to pensioners of a certain age did a lot of good but given the ongoing increase in cost of living (particularly medicines and fuel) there has been a chorus of requests from NGOs for more assistance.

There is a general feeling among pensioners that the statutory pension mechanism unless supplemented by external income is not sufficient to help people from sliding into the poverty trap. To verify this issue, two years ago PKF designed a number of ‘one to one’ questionnaires and ran a confidential survey among tenants in old people’s homes housed in three government-run centres.

The main purpose for this study was to elucidate the public on aspects of poverty by identifying the shifting needs of pensioners. It included talking to a representative sample aged 65 and over, which is usually identified as being at risk of suffering from social exclusion due to lack of income. According to the latest 2016 data published, Malta registered a reduction in the risk of poverty and social exclusion (AROPE) rate from 22.4% to 20.1%.

It is interesting and necessary to note that when one breaks up this value by age group or household type one finds that this enhancement has not benefited everyone. In particular, in the age group of 65 and over, the AROPE rate increased from 23.7% in 2015 to 26.1% in 2016. By 2030, the number of people within this age group will exceed that of young people aged 15 to 24. This inexorably shows how society is getting older and will inevitably face challenges due to a tectonic movement in demographics.

As in a Dickenson novel, if outlays and income reach an equilibrium then elderly people can live a healthy life and, therefore, remain active and fully participate in the community.

It goes without saying that elderly people have a rich endowment to bequeath to society.

The survey revealed that the State pension is adequate but only just. Most respondents claim that they cannot afford to go to any events, concerts or museums and because of this, they feel detached from society. This foments social exclusion.

Individuals who live in poverty are more likely to produce adverse outcomes for themselves (i.e. abuse of alcohol and drugs) and for the society (augmented criminal activity).

It is true that social welfare improvements are expected to be announced next month in the budget proposals and this marginally helps to even out inequalities in living standards. We are aware there are swathes of people, including those on the poverty line and minimum-wage pensioners, who need more sustenance and welfare assistance. A noteworthy observation from the survey is that almost 70% of families nowadays depend on a single pension.

Be that as it may, PKF decided to focus our research on households composed of two people or more that are only entitled to one pension. One assumes that without an income supplement these may easily fall below the poverty line. Furthermore, respondents receiving the maximum pension said the two-thirds pension system is not representative of their total lifetime contributions given that the pension limit is capped.

When asked if they can afford to save money: more than a half of the respondents said they spend their entire pension. Respondents with the lowest pension’s income, in this case lower than €500 a month, alleged that they are not able to save money.

Again, pensioners who receive €800 and upwards replied that quite often the pension cheque does not stretch beyond the month. Talking with people from State nursing homes we found out that most do not have alternative income sources such as contributions from relatives or friends – so no savings.

One reiterates that the social phenomenon of gentrification drives rent higher which, linked to increased consumption of electricity, fuel, medicines, coupled with internet connection charges etc. all push the cost of living on an inflationary trajectory.

In conclusion, the PKF study was an altruistic exercise to try and ascertain if couples relying on a single pension have enough to live by.

Economists like to argue that an equitable solution hangs largely on an efficient operation of the trickle-down mechanism – is it doing its job to distribute the surplus in an equitable way? In 2017 with a modest 3.1% of GDP surplus in the national account and by 2025 debt to GDP ratio is projected to shrink to under 45% so perhaps time is opportune to continue improving the State pension by gradually introducing a second pillar.

Even so, nobody expects the State to have the sole obligation to carry the burden for universal retirement so unions and employers may need to revisit the negotiating table to figure out a second pillar mechanism.

Ideally, the ubiquitous trickle-down effect must reach the lower ladder of the community.