With a portfolio of the premium tier gaming companies under its belt, hitherto attracted to base their operations in Malta, one cannot but appreciate that in a decade it has become the envy of others. 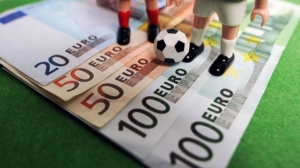 Visit the new MGA website and one of the documents on file is the 2013 financial statements which proudly reveal a gross revenue of €52.7 million.

This is sweet music to the finance minister, who is busy counting pennies to make sure the annual deficit goes down below the 3% of GDP and save us the embarrassment of the Excessive Deficit Mechanism, which some dread may signal the start of negotiations with the IMF.

Naturally the remote gaming industry, which started only 11 years ago, has never looked back and amid challenges from a number of European countries has found solace in the never ending trust of practitioners who flew the flag at many conferences abroad in an effort to market the advantages Malta offers – now hailing itself as the unchallenged Queen of gaming hubs in Europe.

With a portfolio of the premium tier gaming companies under its belt, hitherto attracted to base their operations in Malta, one cannot but appreciate that in a decade it has become the envy of others. Wisely – it is careful not to rock the boat in the corridors of Brussels, where some EU members have quietly taken similar initiatives to offer domestic licence facilities.

The country’s continuing growth in the iGaming sector shows no sign of diminishing. Indeed, the LGA (recently rebranded MGA) never had a formal budget to market itself yet it still has managed, with the help of practitioners, to create new highly-paid jobs for over 9,000 professionals. It announced that notwithstanding the recession in Europe it increased the number of licences issued in 2014 by a staggering 25% to 401 – comprising 258 companies.

Total revenue also went up by 1.3% when compared to the same period of last year. At the Sigma conference held last year PKF presented a study based on a national survey among operators which revealed inter alia how achieving this milestone was exemplary but certainly it warned that Malta cannot let grass grow under its feet.

It needs to renovate its technical services and regulatory mechanisms to face new challenges and tap new markets. It is no secret that iGaming is a borderless activity – and hence, in principle, is not tied to a particular territory or jurisdiction. Remote gaming operators are shy birds which are continuously measuring what each jurisdiction has to offer in a tough race to remain competitive and retain customers.

As we can see in this article, 2014 has witnessed a sea change which may shake Malta’s credentials – be it that arising from legal, fiscal and / or regulatory measures. The only thing that is stationary is change. MGA is advised to sharpen its tools to muster new competition from other jurisdictions which are forcing foreign companies based in Malta to apply for a licence and pay foreign tax for bets placed with their citizens.

During the first decade of MGA’s existence field operators licensed in Malta faced national monopolies – some had to be challenged at the European Court of Justice (ECJ), having the chief aim that of hindering the fundamental principle of free movement of services. In the absence of a harmonized directive on gaming, the ECJ delivered a number of rulings commenting on compatibility of foreign monopoly laws which permitted limitations on entry based on public interest.

These limitations are anathema to the foreign companies hosted in Malta so operators tried to challenge at ECJ level, claiming such limitations broke the rules of the single market and restricted freedom of provision of services. But time did not stand still as several jurisdictions within the EU learned the lesson – rather than fight to protect their own State monopoly they opted to introduce licensing regimes, thus obliging Malta-based companies to apply for a foreign licence and to start paying gaming tax.

Operators are now being faced with multiple licences, each becoming a requisite to offer bets to EU members States – each one with varying  technical standards. Originally the business model for Malta-based foreign operators was to reach clients freely across Europe with one licence – that of the MGA. Since the start of the financial crisis in 2007, countries introduced frameworks – basically saying that even though a gaming company has a licence in Malta, it would need another licence to offer bets to their citizens.

It is not a consolation that with the advent of cloud computing, the cost of internet access and data storage was reduced since this saving was outweighed by the increase of regulation costs and charges – which ultimately leads to lower profits. It is within this context that Malta operators need to fire up their game and constantly adapt to a tough regulatory situation and seek new unsaturated markets for players.

Another hurdle came not a moment too soon. This was the drafting by the Council of Europe and its 41 members of the new Convention on the Manipulation of Sports Competition, of which, so far 17 members have signed and the Netherlands has ratified.

But why is this Convention so detrimental to Malta? The simple answer is the definition of illegal betting as stated in clause 5 which states: “Sports betting” means any wagering of a stake of monetary value in the expectation of a prize of monetary value, subject to a future and uncertain occurrence related to a sports competition. In particular: “illegal sports betting” means any sports betting activity whose type or operator is not allowed under the applicable law of the jurisdiction where the consumer is located.

Another inconvenience is the proposal for operators to notify sports competition organisers about each event and each bet-type which they intend to offer in the third country. Commentators in Malta argued that due to the sheer volume of bet-types this measure seems cumbersome.

Naturally the MGA has requested the European Court of Justice’s opinion on the validity or otherwise of certain aspects of the Convention, recently approved by the Council of Ministers. Parliamentary Secretary Jose Herrera said that Malta agreed with the aims of the convention, which were primarily to combat manipulation.

As it stands the Convention states that illegal bets in sports should be those bets considered illegal by a country’s consumer legislation. Here the penny has dropped. Does this mean that part of the 283 gaming companies in Malta could be deemed illegal by other states although they are fully licensed and regulated by the MGA?

Herrera said last year that Malta stood alone in fighting such proposals when it moved for the disposition to be amended. So far the definition has remained unchanged.

It does not rain, it pours and Herrera was quoted as saying that “This definition would inevitably influence Malta’s gaming sector, and consequently Malta is seeking the ruling of the ECJ because if ratified, the new definition would hinder the free movement of services.”

Malta hopes that a future ECJ ruling declares that the draft convention is not compatible with EU laws – namely the free movement of services – and the Council of Europe does amend the definition. The industry this year faces a third hurdle – a new fiscal requirement concerning VAT on iGaming services given electronically.

Regrettably this incurs extra administrative burdens because first it has to locate the customer’s base, find out the applicable VAT rate (unless exempt), and its accounts may be further subject to foreign VAT audits.

Fortunately, there will be an entirely new reporting procedure introduced called Mini One Stop Shop (MOSS). This enables companies to report their B2C e-services in different EU Member States in one single VAT return.

MOSS is intended to avoid the complexity of taxpayers maintaining numerous VAT registrations.

With MOSS, a taxpayer submits details of the VAT owed in several member states to the tax authority in just one member state and pays them the total VAT due (on the affected services). The member state in question must then distribute the VAT collected to the other states where the VAT is owed.

One notes how, PokerStars, which operates from the Isle of Man, is expected to be hit especially hard in France due to its much larger market share in the country. It implied that these VAT changes could cost the company around €500,000 in 2015 alone due to the 20-percent French VAT.

To conclude, the road ahead is challenging and one may compare Malta to a pocket Hercules trying to amend the proposal of article five in the Council of Europe convention (as explained in this article). Surely MGA needs to muster all its diplomatic strength in Brussels as otherwise its formidable coterie of online gaming companies laying the golden egg may crumble and fall like a castle built on sand.