As published on The Malta Today on Wednesday 18th December 2013 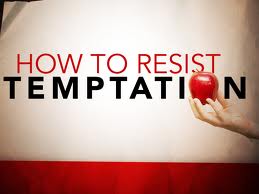 Hot on the heels of the pre – Christmas cheer we are shocked to hear and read about the live streaming of the Public Accounts committee concerning the revelations under oath of Mr Farrugia (the latter having received a Presidential pardon to spill the beans on alleged corruption concerning  the oil procurement procedures at Enemalta).

Father Christmas is excusably jealous of Mr Farrugia given the latter must have broken the record in dishing out multiple gifts of substance just to warm the hearts (and pockets) of the politically placed Mandarins at Enemalta. Clients of Enemalta continue to labour under hefty electricity tariffs may be excused for feeling angry to hear that for the past ten years kickbacks/ or commissions were paid by Mr Farrugia  to the highest echelons  of management.

The bizarre story of kickbacks was blatantly an open occurrence each Christmas with generous gifts of all sizes and values graciously distributed by Mr Farrugia -a well known oil broker representing Total and Trafigura who remembers that such gifts were openly accepted by top management. In his testimony he naively declared of his mistaken impression that his generosity would help him to gain easy access to lucrative oil tenders running into millions. Apparently there is no honour among thieves as Mr Farrugia is concurrently accused of siphoning off massive profits (circa €40 million) in the oil business affairs conducted within the family company Power Plan Ltd before a settlement was reached through legal intervention. So why are these scary stories always hitting the headlines around Christmas? Surely thus is a time to rejoice and forget the temptations that bedevil our business community?

Again¸ where scandals are concerned it does not rain but it pours. Can anyone remember the Priceclub collapse almost seventeen years ago which left over 400 jobless and many local suppliers losing millions in unpaid merchandise?

The unexpected news this week that a Big 4 accounting firm and its partners were found to have been negligent in connection with the work they carried out for Priceclub Operators Ltd surprised many professionals. The big 4 firm of international repute had then been engaged to carry out an audit report for Priceclub on the basis of audited accounts which were finalised on June 2000.

Needless to say¸ the audit firm is a highly respected member if the commercial community and does sterling work auditing many firms of stature including banks and insurance companies of international standing. Mr Justice Joseph Azzopardi¸ in the First Hall of the Civil Court delivered this judgment following an action filed in 2001 by Valle Del Miele Ltd against the firm and against its seven partners.