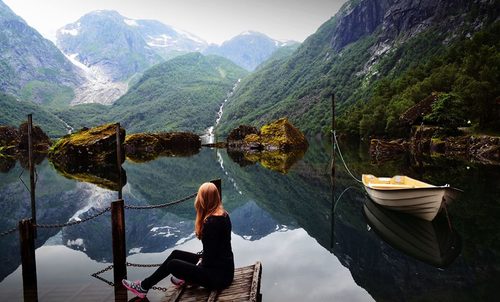 Since 1930, the GDP (Gross Domestic Product) enables to estimate the wealth of a country. GDP was created to determine the effect of the Great Depression on the American economy. This indicator, often criticized because of its purely economic criteria, has become completed in 1990 by the HDI (Human Development Index), created by The United Nations Development Programme (UNDP) to estimate the level of human development, based on the life expectancy at birth, the GDP, the knowledge and education and the standards of living.

We could think having a relatively complete indicator, but the HDI is not reliable. Firstly, it takes into account the GDP, which is not very accurate. Secondly, the statistics used are not equals according the countries (some countries distort their statistics; some of them does not have efficient counters for example). Finally, the HDI is a human development indicator, but it does not consider the respect of the Human Rights or institutions ‘stability for example.

As a result, these two indicators do not reflect the reality and some important categories are literally not counted up. The need of a better indicator was very important, that’s why GDP and HDI have now an alternative: the SPI (Social Progress Index), which measures the social progress of a country.

A new way to see the development of a country 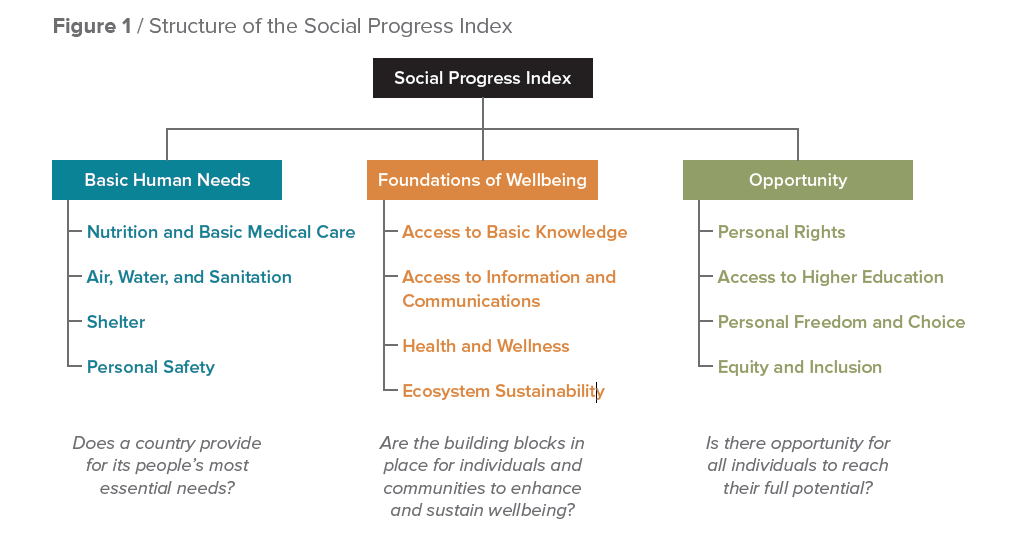 This indicator shows some interesting results: for example, even if they are related, economic growth is not necessarily the driving force of social progress. The emerging countries, which have an unrestrained economic growth, as China, Russia or South Africa, are only 92nd, 71st and 63rd. The United States, which are 1st in GDP ranking, are only 16th.

Thinking about the link between economic growth and social progress allows going into the concept of citizen’s progress and happiness in depth. Some poor countries exploit in a much better way a lower wealth than some wealthier countries, like, for example, Chile or Costa Rica. The SPI fights against the common preconception which makes believe that economic activity is automatically linked to social progress.

Malta great in Personal Rights, could do better in Ecosystem Sustainability

Malta isn’t ranked for this year; it doesn’t have a total SPI because some numbers are missing in the Basic Human Needs. However, the remaining numbers are enough to compare Malta with other countries. For this analysis, we will take five countries: Malta, France and Germany (two European countries which are involved in the European Union development), United-States which are the first worldwide economic power, China, which has one of the biggest development rate in the world and is the second worldwide economic power, and Norway, first in the SPI rankings.

In the Basic Human Needs category, we can see that all the European countries have the best score in Water and Sanitation. Only the United States don’t get a score at 100 pts (98.68 pts) and China (73.74 pts). All the developed countries have a number around 98 pts and 99 pts for Nutrition and Basic Medical Care, which shows that all this countries have an easy access to all human needs, education and a certain standard of living. China is not far away with 93.08 pts. Malta doesn’t have numbers for Personal Safety, but we can see this is the country with the lowest rate of traffic deaths (3.8 deaths on a basis 100,000 deaths) while others countries are above 4 deaths (even 11.6 deaths for United States, where car crashes are the first cause of death for 3-34 years old, and 20.5 deaths for China). For the Shelter category, all the developed countries have a score between 81 pts and 91 pts, which shows the relative good quality of habitations in these countries. China has a score at 70.39 pts. Having a high score in Basic Human Needs means that the country is well-developed. In Foundations of Well-Being, Malta has the lowest number in Access to Basic Knowledge; it is mostly due to the low rate of upper secondary school enrollment (Malta has 81.2 pts where others European countries are above 100 pts and China has 94.75 pts). Malta has also the lowest rate of adult literacy. In Access to Information and Communications, Malta has 82.26 pts, which is the lowest rate for developed countries of the panel. In this category, Malta’s score in Mobile telephone subscriptions is 129.8%, the highest of the countries selected. For the category Health and Wellness, we can see that the life expectancy in Malta is 80.7 years old, which is almost the same as other European Countries and better than United States (78.7 years old) and China (75.2 years old). The suicide rate is the lowest of the panel (for 100,000 deaths, only 3.85 are due to suicide). Other countries are above 10 deaths and in France the suicide rate is at 16.64 deaths, which is high. Suicide is the 8th cause of death in France, and beyond a lack of prevention, the causes are professional difficulties, instability, violence and solitude. Malta has the highest obesity rate of European countries in the panel (26.6% of the population, but this number tends to decrease since the fight against obesity began in 2012) while United States peaks at 31.8%. The lowest obesity rate is for France (15.6%). In outdoor air pollution attributable deaths, Malta is first of the panel (54.7 deaths for 100,000 deaths, and the highest incidence of asthma in the Mediterranean), even the United States has a lower rate (33.6 deaths for 100,000 deaths) and yet they have the reputation of being big polluers. The best air quality is for Norway (only 3.8 deaths for 100,000 deaths). This can be linked to the category Ecosystem Sustainability, where Malta is the worst (46.47 pts) and Norway the best (78.03 pts). However, Malta has a high score in biodiversity and habitat (80.96 pts), where other countries do not exceed 72 pts, except for Germany which has a score 100. Also, the Greenhouse Gas Emissions in Malta are not so high, with a score at 256.99. It is almost the same in other European countries (205.69 in France and 263.4 in Germany, only Norway as a score under 200 (163.09)). United States’ score is double, at 421.67 and China’s score is beyond (781.91). All these countries have signed the Kyoto Protocol for reducing the greenway gas emissions, except the United States. In Opportunity, Malta has a good score in Personal Rights (84.43 pts, just behind Norway (87.91 pts), and before United States (82.16 pts), France (80.47 pts) and Germany (79.83 pts). China has only 4.64 pts. Malta has the lowest rate of developed countries in the panel in Personal Freedom and Choices (74.36 pts), partially due to the lowest rate of satisfied demand for contraception (71% while others countries are above 80%). However, Malta has also the highest rate of corruption of developed countries (55 pts, against 69 pts for France, 74 pts for United States, 79 pts for Germany and 86 pts for Norway. 36 pts for China). Malta has a good score in Tolerance and Inclusion (74.11 pts), and in tolerance for homosexuals (72 pts) which is way better than France (66pts) and China (14 pts) and better than Germany and United States (70 and 71 pts), and in discrimination and violence against minorities (4pts), while France peaks 6.4pts and China 8.6 pts. Malta is bad in Access to Advanced Education (48.63 pts), where others countries has above 60 pts (and almost 90 pts for United States), except China which has a score at 44.34 pts.