As published on The Malta Independent on Sunday2nd February 2014 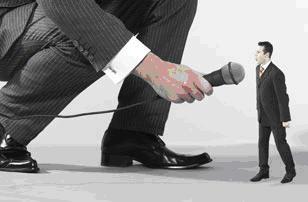 Professor Scicluna as the minister of finance was recently quoted to say at a press conference held at the Public Contracts Review Board (PCRB) that due to improved communication between the Public Contracts Department and the Review Board appeals on government tenders are taking less time to be concluded. On paper this looks like a step in the right direction. It is no secret that Brussels is constantly urging members to make the bidding procedure simpler¸ with a standard “European Single Procurement Document” based on self-declarations.

It may look like a pie in the sky since we all know that the praxis in Malta is that tender conditions are drafted to accommodate the larger firms resulting in enormous bankers guarantees mandated upfront even though EU rules talk about the division of contracts into lots to make it easier for smaller firms to bid. This article will reveal how a particular SME has been regularly denied access to winning tenders even though it was competitive and technically competent to do so. It goes without saying that the prejudice against new comers on the market reigns supreme and many SME’s wait eternally in the queue to enter in the coveted list of approved firms.

The new legislation proposed at EU level¸ overhauls the current public procurement rules and for the first time sets common standards on contracts to boost fair competition and ensure best value for money by introducing new award criteria that place more emphasis on environmental considerations¸ social aspects and innovation. It is hoped that rules will also make it easier for small and medium-sized firms to bid. Quoting Karel De Gucht¸ European Commissioner for Trade¸ he said: “I am a firm believer in making sure trade flows freely and government procurement must be an essential part of open trade markets worldwide. It’s good for business¸ good for consumers and brings value for money for taxpayers. In practice one finds that the dearth of transparency afforded to bidders in some government tenders hits SME’s adversely.

It is they who suffer most when trying to participate and gain access in the inner club of accredited larger suppliers. On the stage we welcome the champion of transparency – Chris Cardona¸ Minister for the Economy¸ Investment and Small Business. He gallantly expressed his view that boosting transparency (and) removing unnecessary red tape” is a top government priority. The author is recounting particular instances where transgressions in procurement rules occurred and give specific instances that stressed an SME in its legitimate attempts to earn a place among the winning bidders. A classical example was Tender No: 4/2013¸ Survey on Household Finance and Consumption in Malta – which was issued under the auspices of the Central Bank of Malta (hereinafter CBM).

Despite the cheapest bidder by an SME having a bid price of €37¸000¸ the tender was awarded to an alternate bidder at a quote of €93¸263¸ nearly three times the amount of the cheapest bidder. In the interim¸ an appeal was lodged and lost¸ yet the star fact here is that the winning bidder’s bid price was kept under lock and key by CBM until after t