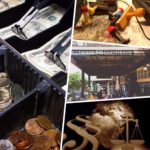 “Open all Hours” reminds us of the popular TV series written for the BBC, about Arkwright, the hard-working British shop owner lovingly played by the late Ronnie Barker, in a comedy – a unique anthropological series. Perhaps this epitomises the cliche that Britain is an island of shop owners and projects a true picture of the sacrifices retailers endure to survive in a competitive market, to tackle the challenges associated with keeping up with all the unbridled bureaucracy and the onset of digital commerce.

It is with a deep sense of déjà vu that one remembers proposals by one of the four contestants in the election for an opposition leader. Adrian Delia, if elected as PN leader, said that he would create a business clinic – a one-stop-shop – to help self-employed persons who have difficulties to move forward.  He also wants to create an ‘Access Point’ for self-employed persons (possibly to include all shop-owners) for the party to give them free advice and get easy access to soft loans, be tax compliant, and other useful technical advice.

Delia also proposed a novel idea consisting of building a ‘Data Bank’. This is a kind of “Business First” service – a sluggish facility currently operated by Malta Enterprise. An ingenious idea by Delia is to open the numerous PN clubs in towns and villages to serve as offices so that self-employed can find solace and free space where to run their business. The penny has dropped and everyone is talking of encouraging innovation and start-ups.

The Eldorado rush has started to help start-ups, which is the flavour of the month.  Is this old wine in new bottles? We have heard similar promises in the past by an energetic Jason Azzopardi, the PN administration minister who was responsible for SMEs.  He piloted the Small Business Act (SBA) amid much aplomb and expectation of solid reforms. Recently one may recall how the manifesto for the PN’s coalition incorporated a new ‘Policy for Retailers’ document.

This harbours a fiscal approach based on 51 policy proposals written by the Think Tank led by a team of anonymous financial advisers. One ingenious idea is to set up an ad hoc development bank which can be put into good use by loosening the grip on lending currently enjoyed by the oligopoly of the two major banks in Malta.  The PN/PD coalition policy paper offered to reduce the income tax rate paid by small businesses (presumably only retailers) to 10% on the income of the first €50,000 of operating profits. One may ask – not only retailers should glow in the benign attention of this reform and exclusively enjoy superlative fiscal advantages. To start with, readers are stunned how this policy paper excluded other categories of SMEs – it begs the question – why discriminate against other players in the business community who obviously have to pay tax at a higher rate of 35%?

With hindsight, one remembers how the concept of helping a wider spectrum of SMEs was the hobby horse of Jason Azzopardi, who pledged full support to protect the interests of SMEs against unfair competition, particularly when bidding for government tenders. The SBA mirrors EU directives and is based on the Competitiveness Council policy on ‘Think Small First principle’.  Historically it formed part of the ubiquitous Small Business Act for Europe’ (SBA) endorsed by the European Council in 2008.

Sadly, it now sits silently in a library of dead letter legislation which is gathering dust on some nondescript shelf in a colonial building called the Main Guard facing the palace in St George Square, Valletta. Theoretically it encompasses the business category employing fewer than 250, i.e. the overwhelming majority of enterprises in Malta. No prize for guessing that it makes good economic sense to cater for SMEs rather than focus exclusively on the bigger fish in the pond. In practice, it seems that government departments do not always co-ordinate their powers and share the rich trove of data to help ease the strain on SMEs when applying for services (such as tenders and expressions of interest).

The uniqueness of the SBA is that it proposed the formation of a college of regulators expected to meet regularly to harmonise laws and remove overlapping and unnecessary bureaucracy. A smart SBA rule asserts that any public sector entity offering services to the business community needs to carry out a customer satisfaction survey every two years, with the aim to measure its impact. This is why a toothless SBA has turned out to be a farce more laughable than the BBC TV series Open all Hours. Undoubtedly the suggestion in the election manifesto by the PN/PD coalition to start helping retailers is a step in the right direction, albeit to be fair it must benefit a wider spectrum of businesses.

Adrian Delia, himself a busy lawyer working for a number of clients in commerce, knows this very well and is trying to change the mindset within the PN delegates and tesserati. This is commendable but the journey is long and pitfalls are aplenty. But while Adrian is so gung-ho on start-ups, is the financial services sector thriving, following the election result, since Labour has been re-elected with a landslide?

The future, according to Dr Ann Fenech, president of the PN, is not so rosy.  She reminds us of the epic meeting of experts in the financial services arena who were invited to attend a pre-election meeting addressed by herself. She is a managing director of a leading consulting law firm. The Malta Independent reported that at the meeting attended by three of the big four audit firms they were deeply concerned about the future of the financial services industry and expressed concern about Prime Minister Joseph Muscat’s ability to defend the country’s international reputation in light of recent allegations made in Malta Files.

Dr Fenech was reported saying that practitioners and major audit firms warned that if the Labour Party won the June election they would probably need to restructure their entire human resource strategy and potentially lay off some employees.  Now that Labour has returned to power and GDP growth has resumed can Delia come to the rescue and inspire the cohort of 150 financial services experts to join in a holy crusade to defend the fortress. Ideally, they will mount their white horses and charge against a handful of foreign correspondents.