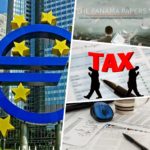 We have heard it many times from Brussels that it is up to Member States to decide on the level of business taxation and that the European Commission has no plans for setting tax rates across the community. However, at a slow but unrelenting pace, the mood for change is getting stronger following the BEPS and ATID measures, not to mention the negative publicity from the PANA review. The Commission carries out its reform using kid gloves, so it tells us that laying down a consolidated base for taxing companies across all activities within the EU would make corporate tax regimes simpler, more transparent and more effective and reduce compliance costs in summary sugaring the pill. For example, take the digital sector.

If decided by majority, planned changes on taxing them are likely to be quickly agreed, having the backing of a large group of EU governments which accuse tech companies of paying too little by rerouting their EU profits to low-tax states like Luxembourg or Ireland. So why Malta? We recall how smart legislation has made Malta one of the major financial services hubs in the EU, attracting hundreds of multinationals registering subsidiaries. These have contributed in no small measure to the millions in consulting fees charged by larger audit and legal firms which have in turn helped generate a multiplier effect leading to a robust spinoff. Our approved tax regime based on the imputation system was satisfactory in the past but due to constant change in trading patterns, perhaps it is now opportune to revisit our drawing boards.

This honeymoon seems to be over and is threatened to be so since larger states want tax harmonisation. Notwithstanding, a stalemate brought by opposition from small states can be ended if the European Commission triggers a neglected article of the EU constitutional treaty to suspend states’ veto powers on tax matters. Quoting Pierre Moscovici the tax commissioner, “We certainly don’t exclude using it. We will work on it. We will make proposals in that direction.” In fact, using Article 116 of the EU Lisbon treaty, the Commission can compel states to drop the unanimity rule and take decisions on tax matters by majority when competition in the EU market is distorted. One EU official called it “the nuclear option” on tax issues because it could break prolonged legislative deadlocks and it can also be effective to halt interference with national powers, especially coming from the smaller countries. Pressure on small jurisdictions is continuously increasing in view of the releases of confidential documents such as Lux Leaks, Panama, Paradise Papers in which multinationals are continuously exposed of tax shopping. Jeep Kofod – a PANA Report rapporteur recently called for the introduction of a minimum corporate tax rate, in his words to stop “the sick race to the bottom on taxation and regulation.”

Certainly, our members of parliament in Brussels must unite and forget political bickering at home. Tax convergence and the one-size-fits-all approach is anathema. Readers may ask what is the primary objective of tax harmonisation in the EU when there exists such a huge disparity in economies among the 28 Member States? The rich members are constantly arguing that a blanket policy should be set in motion to eliminate tax distortions rather than a mere harmonisation of tax rates. Their hobby horse is the CCCTB project which has been adopted by some countries – Malta, Ireland and Luxembourg opposed it. It is simply an attempt to introduce a common base in fiscal regimes that would make tax competition more transparent in that using it means that only variations in tax rates would matter. In turn, base consolidation would eliminate the scandals that have hit the fan when multinational companies in the past used shelters in Dublin or Luxembourg to shift profits and reduce drastically the final tax bill. Proponents of the common tax base recite three main reasons to justify its universal adoption.

First, participating countries would reap immediate gains in terms of reduced compliance costs and extended ability to carry losses for firms, and reduced cases of ‘double non-taxation’ for governments. Second, a group of possibly large countries speaking with one voice would have more weight to convince third countries to cooperate and close loopholes.

Third, in the event of the creation of a ‘fiscal capacity’ at the level of the Eurozone a harmonised corporate tax could lead to unify the taxation of the banking sector.

In conclusion, homogeneity in taxation is an unrealistic dream in a 28-country block saddled with such divergent economies. This does not mean that we rest on our laurels and hope that the nightmare passes away without a fight.