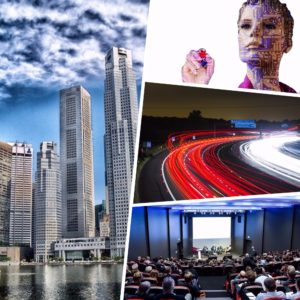 It is encouraging to see international conference organisers choose Malta as their venue and it is fit and proper that government agencies such as Mimcol and FinanceMalta dig deep in their pockets to sponsor them.

With open arms, we welcome Ariadne Capital, which hosted a two-day conference attracting a number of foreign investors to bask in the summer heat at one of our prestigious hotels. The event was styled “Follow the Entrepreneur Investor Summit” and is usually located in the UK.

As can be expected when international conferences are attracted to the island the prime minister is invited and he accepted as a keynote speaker. He exclaimed that our infrastructure is the island’s Achilles heel when he was answering a question regarding the state of roads posed by a Belgian national who lives in Malta.

It is true that much more needs to be done for the island to earn the title “Singapore of the Med” and perhaps there were times when we placed the cart in front of the horse. The prime minister was vocal on the need to solve transport congestion and expressed the dream of replacing oil burning cars with electrics but the vision is rich since the car lobby for imported diesel and petrol units has deep roots.

Perhaps the pipe dream in the PN manifesto to construct an underground metro will torment us forever, knowing that this needs massive capital and is restricted to the future rate of GDP growth and of course one needs to first pay back arrears of national debt.

Dr Muscat stole the limelight in his keynote speech as he recounted the positive experience at the first Presidency of the EU Council, stating that Malta was able to make important and positive steps particularly in the digital single market.  He said the government is working on a national block chain strategy.

“We want to be one of the first in Europe to have a strategy that will enable us to harness the technology in government.  We have ideas for land registration and the health sector”.  In his words “the digital market is a big part of the EU’s future. We are not late comers when it comes to digital economy.  Industrialisation in the manufacturing sector was driven by technology.”

Of course, in my opinion more needs to be done to enrich our technology, given that even our largest single exporter of microchip products does not carry out its main R&D locally as do most of the pharmaceutical production units which again do not harness the important IP on the island. This is not unusual and in the drive to attract FDI both Mimcol and MaltaEnterprise are careful to assess the potential of foreign investors to start manufacturing and employ staff while equally desirous that the unique R&D is also transferred.

On the subject of innovation, it is pertinent to mention that last week, PKF had attracted two leaders from the USA in an event styled “Blueprint for Innovation”.  No golden sponsors graced its brochure yet in a spirit of true corporate social responsibility it was a successful event and an invitation was made to the prime minister to address the audience.

Quoting one of the keynote speakers, namely Gor Sargsyan, president of Qbitlogic International, Atlanta (USA) his company is a US-based company specialising in building multi-purpose approaches and tools that synergise the power of artificial intelligence and quantum computing to help humans build and protect software systems across various industries.  Gor is currently based in Palo Alto California which is the forerunner of Silicon Valley innovation stunts.

The good news is that both political parties promised in their manifesto to substantially increase investment in R&D, and consequently PKF thinks that its efforts to attract a world class organization in this field does not come a moment too soon.  This roadmap is an ambitious one as European governments are in competition to attract international companies and inventors participating in quantum mechanics, fintech and blockchain technologies.

Readers may ask what is quantum learning. The answer is that this involves research into machine learning algorithms which learn a desired input-output relation from examples in order to interpret new inputs. This is important for tasks such as image and speech recognition or strategy optimisation, with growing applications in the IT industry.

Understanding the inherent complexity of quantum research involves understanding how the laws of physics interact on information and computation so as to tackle problems in related fields.  This exemplifies the beauty of quantum research.  In the not-so-distant future, super-fast quantum computers will be a reality since by comparison today’s computer chips do not reach the breakneck speeds that are necessary to run quantum computers.

In the past, researchers started investigating the possibility that quantum computing can help to improve classical machine learning algorithms. Ideas range from running computationally algorithms efficiently on a quantum computer to the translation of stochastic methods into the language of quantum theory. How can researchers in Malta benefit from a future research centre which among other things can explore the fruits of quantum mechanics. This is an ambitious task which has already been tested in modest terms at the University.

Which brings us to the purpose of visiting MIT in US to attract investment in this field. Last year a delegation from PKF visited Massachusetts Institute of Technology (MIT) to explore links to promote Malta as a potential business accelerator and/or Life Sciences hub for innovators, inventors and entrepreneurs. It is interesting to note that the Massachusetts Institute of Technology (MIT) is a private research university in Cambridge, Massachusetts founded in 1861 – built in response to the increasing industrialization of the United States.

Another interesting landmark was the Boston-based Cambridge Innovation Center (CIC).   It was here that Android co-founder Rich Miner built his unique Google Android software.  CIC also has a non-profit sister, the Venture Cafe Foundation (this provides a Forum for venture capitalists to scout and help fund new talent).

What is so special about CIC?  The answer is that as an innovation hub it succeeded to attract world class start-ups which proved very supportive for the US economy through the generation of premium jobs and its high value-added inventions.  Imagine if in the near future, this research centre will be populated by graduates from Barts Medical school, MCAST, University, AUM and other colleges. The ostrich mentality has to stop and there is no time to waste to catch up in the race to attract talent and slowly turn the island into a nexus of superior minds in the Med.

To conclude, the motto – do not try to fail but do not fail to try – is lacking among our upcoming millennials yet the government must not ignore the warning on the wall that the fragile state of industrial partners may ultimately face a new wave of disruptive technology.