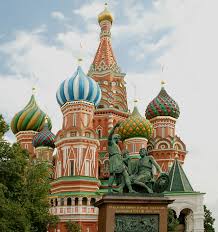 The financial gymnastics heats are on¸ featuring animated heavy leather bags on one side¸ and the Cypriot government on the other¸ with the European Union as the invariable referee.  It is hard to say who will come out triumphant first especially in the context of all the brewing volatility¸ which has firmly established itself beyond the confines of exchange control terms. Some reports have already suggested that the battle has been lost by the Russian investors in Cyprus¸ albeit this victory for Cyprus is but a pyrrhic one as so much remains suspended.

The past days have been dressed in walking controversy as ‘rescue’ levy figures and Russian held money percentages were thrown in the air¸ with hindsight having attained more in terms of public reaction and outcry than a solution in effect. Last week 20 out of 70 billion Euros were reportedly attributed to Russian deposits and the levy hung at 6.75% for deposits of under EUR 100¸000 and 9.9% for deposits over EUR 100¸000. However¸ in the same breath last week¸ possible revisions of such levy to a 3.5% is to a 12.5% ratio were concurrently being tabled. In parallel and at an international conference attended by the author early last week¸ the most resounding point that was severally driven home was that such a levy would trigger an ‘under-ground’ effect on the ‘normal’ people that could easily leave people without sources of funds for basic necessities like food. This reverse-robin-hood was therefore a bullet that just did not sink¸ as ‘stealing’ from the poor was a stance that could by no stretch or means be justified as a means to an end. So much so that a webinar held by Cypriot leading law-firm Harneys yesterday assured all that those deposits of under EUR 100¸000 are now to be guaranteed ‘insured’ status and will not be touched. Such deposits are to be moved to the ‘good banks’ in the ‘good bank/bad bank’ divide in a new scenario that seems to have faith

Like those human rights deemed too enhanced to be considered in a context where the raw necessities are gapingly lacking¸ the risks of over-regulation have been given the back-seat somewhat as a swell of legislation has been passed in Cyprus over the past days¸ in a wild attempt to organise the resolution of banks. While the ‘good banks’ will be spared¸ the ‘bad banks’ it is said will be moved to eventual liquidation. The Central Bank of Cyprus is now to act as the Resolution Authority¸ and in trial-like fashion¸ the holders of uninsured assets¸ (that is those exceeding the EUR 100¸000 benchmark)¸ will be brought to their knees one by one before the Resolution Authority as the very nature of their asset size itself delivers the crude verdict that their assets are to remain frozen in abeyance until recapitalization is achieved. Thus¸ the ‘stealing from the rich’ syndrome re-enters the fore in all its glory and then some.fully restored the robin-hood to its original plot.

On the other end of the spectrum¸ the smaller