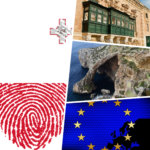 The launch of the first edition of Individual Investment Programme (IIP) in 2014 was mired in controversy as Simon Busutil the ex-leader of the Opposition unsympathetically labelled it “the selling of our souls” and pledged that once elected his party will renounce all such passports issued and terminate the scheme.

His party lost the election and the IIP scheme sailed gloriously on toward the horizon. The scheme saw its birth after a public call for tenders which was awarded to Henley and Partners as sole agents.

They share a 4% commission on its proceeds. Love it or hate it the IIP scheme has brought in the bacon and enriched many sub-agents apart from Henley & Partners (the exclusive concessionaires) while the Opposition has for years tarnished it as being our unbridled humiliation even though other EU countries are offering competing schemes. These include Ireland, Portugal, Austria, Cyprus, Bulgaria and Hungary.

Now in 2018, the political mood of the Opposition is changing since over the years many of its avid sympathisers have become active agents of IIP. This mellowing can be seen following recent remarks by the party’s Deputy Leader for Parliamentary Affairs David Agius who stated that the party is still discussing its position on the matter.

The scheme (the only one approved at EU level) falls under a government agency – Identity Malta – and was originally capped at 1,800 main applicants. The proceeds from successful applications were to be set as aside into a fund of which only 30% can be allocated to annual budgets – the rest is hived off to a National Development and Social Fund (NDSF). In summary, it requires investors to make a €650,000 donation as well as purchase real estate worth minimum €350,000 or to rent at €16,000 pa.

There is an obligation to retain ownership of property or renting for a minimum of five years. Applicants must show evidence of their economic wellbeing usually by submitting authentic copies of recent bank statements and give evidence of good character. A minimum investment in shares listed on the Malta Stock Exchange or government bonds of €150,000 is to be retained over the five-year period. Most choose government bonds, which are perceived as safe since Malta enjoys A+ credit rating.

With fees and costs the total outlay is around €1.2 million per family of three and following a rigorous due diligence process Identity Malta proceeds to issue residency status after 3-4 months, with full citizenship granted after 12 months. The successful applicant has to visit the island at least twice in a year. The passport offers holders the convenience of travelling to 169 countries without having to go through the hassle of obtaining a visa for business or leisure purposes.

There is freedom of getting children educated in the best institutions and access to medical treatment from top quality hospitals. Successful applicants enjoy a limited amount of privacy as their names are published annually mingled with those who apply for traditional forms of naturalisation.

Having briefly discussed the joy ride taken by the first version of IIP can we compare what is on offer by competitors? To start with let us discuss how Bulgaria (joined EU in 2007) runs its popular naturalisation by investment scheme. The cherry on the cake is that applicants are not expected to spend any time in Bulgaria: it is enough to show available accommodation and they are not required to speak the Bulgarian language.

A Bulgarian citizen may opt for tax residency since Bulgaria has low personal and corporate income tax of 10% – compared to 35% corporate tax in Malta (although under certain conditions persons may apply for attractive 6/7th tax refund). Bulgaria calls for a minimum investment of €500,000 by way of either a) shares in a company admitted to trading on the Sofia stock exchange; or b) bonds, related instruments or their derivatives, issued by the Government of Bulgaria or by Bulgarian local government, with at least six months to maturity; or c) Bulgarian intellectual property, including patents, trade-marks and industrial designs; or d) the capital of private Bulgarian corporations. However in this case an investment of at least  EUR 3 million is required. This means prima facie the terms in Bulgaria do give it a moderate edge over the Malta scheme.

Another EU country which is competing for investment by citizenship is Portugal which offers applicants a choice of three options. These are 1) € 500,000 in a fund that invests in small or medium sized businesses, or 2) Acquisition of real estate valued at EUR 350,000(minimum) or, 3) Creation of 10 sustainable jobs (minimum) in Portugal. These three options are similar in value to our scheme but then as in case of Bulgaria they are more favourable as they omit a non-returnable donation and also offer an option to set up new business.

The next EU competitor country is Ireland which only grants a possibility to apply for citizenship via its residency programme after a duration of five years. Moving on, Cyprus like Malta expects the applicant to pay an initial visit to obtain biometrics and receive PR Permit. As a condition of citizenship Cyprus expects an investment for three consecutive years in a private residence valued at least €500.000 plus VAT together with an additional minimum of €1.5 million in residential property or in any one of the following three options.

The options are: 1) Investment in financial assets of Cypriot enterprises; 2) Investment in Alternative Investment Funds or listed companies; 3) combination of investments in options 1 and 2 above, with the option of purchasing up to €500,000 in Cyprus Government bonds.

By comparison the Cyprus residence is faster as this is issued within five days from the submission of a valid application. Another EU competitor is the UK and as Brexit looms ahead once negotiations advance smoothly then it plans to exit in March next year. There is speculation that the UK in a scenario of a hard Brexit (that is no access to the Single Market) may opt to crack the whip by reducing the rate of corporate tax, currently at 20% to 12.5% so as to equate the rate charged by Cyprus and Ireland.

Tax experts speculate more concessions showered to attract non-domiciled persons by slashing the personal tax rate even further to 6.25%, and then possibly to zero. Needless to say, faced with the UK as a tax paradise, we need to be prepared for this calamity and surreptitiously work on plan B to protect jobs and foreign investment in iGaming, Financial Services, Insurance and Aviation sectors painstakingly attracted to our shores.

Perhaps there is no better time to revisit our IIP/residency schemes and related fiscal incentives so as to design an innovative set of regulations to match attractions offered by competitors. The author hopes readers are given a glance of migration opportunities offered by several countries. However, this is not investment advice and one should refer to trusted advisers before relying on any of the facts mentioned above.