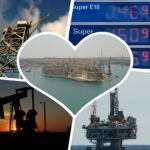 Nostalgically, I recall the success of an Economist conference held four years ago at the Hilton where government top brass all sung from the same hymn book pledging an economic renaissance which befits the nation.

Who could predict that since then, we have registered a 6.3% increase in GDP, registered an annual government surplus and are now enjoying the lowest unemployment rate in Eurozone.

Another milestone was the plan to save our embattled energy sector with a new LNG power generation plant and in particular how this is complemented by attracting private investors to tender for the creation of improved maritime facilities. Since then the derelict site in the former shipyard at Marsa was transferred to a private investor to convert it into a fully-equipped maritime hub, sporting a top class training academy.

The maritime sector was one of the pivotal sectors discussed at the Economist conference which, in my opinion, generated a number of thought-provoking ideas with interventions from a number of experts.  Noticeably I recall surveyor Paul Cardona as a speaker at the conference who when asked for his opinion was critical on past administrations due to their shortcomings and lack of forward planning.  He did not mince his words.

“To make Malta a hub, as is being proposed, we need to have technical training,” he said.

And instead, what have we done?  In the past 10 years, we scaled down the Drydock facilities and the national shipping line. His rebuke sounded like the proverbial death knell of a traditional industry.  But do not hold your breath as the privatisation of the former ship-building facility in Marsa by this administration was a stroke of pure genius.  Can the private sector succeed with a proverbial pair of strong hands at the tiller to navigate our maritime industry previously sailing up the creek?

There is not a moment to lose, given that our engineering facilities are almost non-existent following the agonising closure over the past decade of a loss-making Drydock behemoth. Fortunately there is a revival of a market for engineering jobs in central Mediterranean and one would expect that Malta will be proactive to rebuild its ship repair industry and regain associated engineering skills – this is vital to win increased share of the workload on oil rigs (as the oil price is edging upwards close to $70 a barrel).

Work on rigs can also be attracted from a range of localities from the Atlantic Ocean to West Africa since the deviation would not be more than one week each way, but work can also be shared with the massive decommissioning task which the British government pledged to carry out in depleted oil fields in the North Sea.

At its peak, the North Sea production supported jobs for almost half a million people across the country whereas (before the severe drop in oil prices) Aberdeen Scotland was busy developing a reputation as a global provider of oilfield goods and professional services.  Having visited Aberdeen five years ago, I can vouch that the city is fully geared to serve as an oil and gas hub that has a lot to teach Malta how to invest in the right infrastructure for an efficient maritime oil and gas hub.

It is common knowledge that rigs and other structures are subject to heavy wear and tear due to inclement weather and rough seas and if we strike while the iron is hot there is a window of opportunity in repair work. Malta faces no competition from other major rig repair stations in the Mediterranean.

Naturally with drilling activity in places such as the Adriatic, Croatia, Egypt, the Adriatic coast, Morocco, Cyprus, Israel and Iran there are ample opportunities for technical support services especially as we are watching the gradual rise in the price of crude. Forgetting for a moment such lean times when the dry-dock facilities were scaled down, we cannot underestimate the good times when port facilities at Grand Harbour saw better days.

One can never forget how over the centuries the island successfully exploited its central position in the Med as a trading post for cross border trade with regular shipping of merchandise to other European ports.  Since Independence new harbour facilities were added to complement other infrastructural projects such as the Freeport, bunkering amenities, oil blending tanks, and improved super yacht repair facilities but more remains to be done such as development and maintenance of more sheltered marinas – including quays, berth, piers and necessary amenities and supporting services.

A revamped industry is crying out to service vessel chandelling, modification, conversion and maintenance of super yachts, sub-sea systems and other support vessels to oil and gas industry. To quote one example one recalls how Drydocks World signed a contract with Malta Oil and Gas Limited (MOG) for the construction of two new jack-up drilling rigs. It is interesting that such rigs can accommodate 150 workers at one time complete with a safe deck for parking a S61N or S92 helicopter.

Quoting the chairman of Drydocks World he claims that “The upstream oil and gas sector is evolving at a good pace to create robust demand for new offshore drilling rigs”.

One cannot but admire Medserv director Anthony Duncan who remarked that Malta could well become a “mini North Sea” if oil and gas future activity that is being planned in the Mediterranean takes off.  Not forgetting the opportunity of the massive decommissioning works at the North Sea.

If we are not late then we can hope to win part of the job orders that will be created.  Over the next 30 years, this market is estimated at £30–£35 billion, and once we retool and set up state-of-the-art engineering facilities the island can recommence to export the know-how and experience in engineering and sheet metal skills that have been acquired over the decades as a major ship repair yard.

It is an opportunity that fits perfectly within the vision of government to resurrect the maritime sector. Granted that we are starting from scratch since the expertise held by ex-Drydock technical workers is mostly gone and training of new apprentices both at MCAST and at the new Marsa Academy will take years. But it is a good start and the possibilities for growth are palpable with long-term macro-economics which can be secured once government succeeds in attracting both local and international students to patronise our engineering academies.

This vision can be a resurrection of an industry so crucial to atone the ghosts of our maritime ancestry.