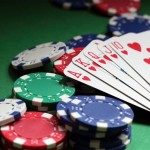 Back in 2003¸ when the previous (Labour) Government was working out the details of what is now the Gambling Act 2005 (“the Act”)¸ it considered¸ and then pointedly rejected¸ the option of requiring all offshore operators to obtain a British licence if they wanted to transact with British residents. In a phrase that has come to haunt it¸ the Government virtuously claimed it¸ “…favours a much more free market approach.

This is the preferred option as it is the one that most closely matches the Government’s vision of a global market where a well regulated British based industry is able to establish itself as a world leader” (from “The Future of Remote Gambling”). Yet less than three years after the Act was implemented¸ the policy of a free market approach was jettisoned when in January 2010 the Government announced proposals for new licence requirements for overseas based firms who want to supply customers in Britain. Of the options set out in a March 2010 Consultation paper¸ the Government said at the time that it favoured developing a more streamlined white listing process as well as introducing licensing for operators in white listed jurisdictions. Not good news for the regulators in Alderney¸ Isle of Man¸ Tasmania and Antigua but it could have been worse if one of the other identified options had been adopted which involved abolishing the white list in its entirety.

But that is exactly what will happen with the current proposals when the Minister of Sport announced in July 2011 that the white list will be “phased out”¸ for which read – terminated as surplus to requirements. If and when implemented¸ the changes will mean that all gambling businesses located outside the UK will require a British operating licence if they wish to transact with British customers. If they do not¸ or cannot get one¸ they will no doubt commit a criminal offence if they continue to supply gambling services to British customers.