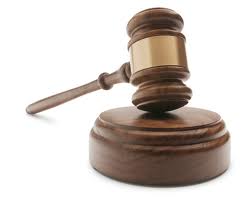 On the 1st November Legal Notice 361 of 2013 ‘Remission of Interest Rules’ was published making provision under the Income Tax Management Act (ITMA) Kap. 372 of the Laws of Malta.

By virtue of the enabling provisions given to the Minister of Finance under the same Act¸ these new rules have given the Commissioner of the Inland Revenue the discretion to pardon in whole or in part¸ and conditionally or unconditionally the interest otherwise due on tax payable at the prescribed rate of 1% per month of default or at the rate of 0.75% per month of default¸ in the latter case if the tax payment fell due post 2009.

According to the new rules the yardstick by which the Commissioner shall employ his discretion to the grant of such pardon or otherwise is the presence of ‘reasonable cause’.

The Commissioner has the right to set-off any interest remitted in accordance with these rules against any tax refund that the beneficiary might become entitled for the period of six years subsequent to a grant of remission of interest.

Finally¸ the Commissioner’s discretion under the new rules is absolute and therefore is neither subject to appeal nor capable of being utilised as a basis of application for refunds in view of past interest payments made.