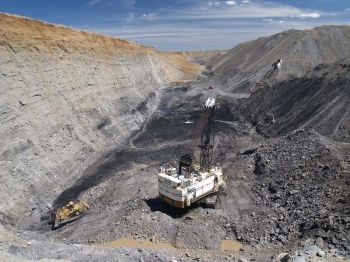 Qihang Equipment Company Limited (the “Company”) is pleased to announce that it has entered into an agreement for the acquisition of the entire issued share capital of Zhenjiang Anda Coal Mine Special Equipment Company Limited (“CM Special Equipment”) for a cash consideration of up to RMB 35 million (approximately £3.6m) (the “Acquisition”)¸ to be met from existing cash resources.

CM Special Equipment is a manufacturer of coal mining equipment such as drilling machines¸ pumps¸ dust catchers¸ drill pipe and accessories.  The acquisition of CM Special Equipment will open an entirely new machine market to the Company¸ increase its revenue and profitability and¸ it is hoped¸ lead to increased operational efficiencies through shared sales and research & development channels.

RMB 30 million of the consideration is payable immediately and the balance RMB 5 million is payable by 31 March 2013 conditional upon CM Special Equipment reporting profit after tax of at least RMB 9 million (approximately £0.9m) for the year ended 31 December 2012.  In the event that CM Special Equipment does not achieve this profit target then the deferred consideration will be reduced proportionally.

CM Special Equipment is a company registered in Zhenjiang¸ China. As Jiangsu Qihang CNC Machine Tool Company Limited¸ the principal operating subsidiary of the Company¸ has guaranteed a loan to CM Special Equipment and as a result of the commercial relationship between the parties¸ the Acquisition constitutes a related party transaction under the AIM Rules for Companies issued by the London Stock Exchange. The directors of the Company consider¸ having consulted with Northland Capital Partners Limited¸ the Company’s nominated adviser¸ that the terms of the Acquisition are fair and reasonable insofar as the shareholders are concerned.

As a result of a number of factors¸ 2011 witnessed slower growth in the Chinese economy than previously anticipated¸ but Qihang has performed in line with expectations. The Company is pleased to report steady improvement in the sales of higher margin CNC machine tools¸ rising to 28.3% of sales in 2011 from 24.5% in 2010¸ and in exports¸ which accounted for approximately 8.8% of sales in 2011 against 4.2% in 2010.  The Company anticipates publishing its audited accounts for the year ended 31 December 2011 by no later than 30 May 2011.

Mr Li¸ the CEO of the Company¸ commented: