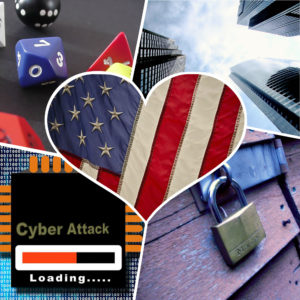 PKF Malta in collaboration with FinanceMalta will participate in an event called New York Captives Owners Summit, planned to take place on 31 October 2016, in New York. This is a sequel event, under an innovative, more intimate setting, especially formulated to attract America’s leading captive owners, under the prestigious hosting capabilities of a British firm; Captive Review. It is evident that opportunities to attract investment in Malta from the lucrative US market are rich but these need to be properly nurtured.

The harvest is ripe for those who venture forth so it follows that FinanceMalta which is alert to stimulate inward investment, believes this initiative will help Malta, in its quest to remain a compelling proposition for prospective investors seeking to establish or extend their footprint in Europe. We have also experienced interest from US firms established in the UK or Gibraltar seeking for re-domiciliation options now that it has been rumored that, a hard Brexit will pursue.

It is interesting to remark that Malta is the only full EU member state to offer insurance cell structures that have been increasingly efficient under Solvency II environment. This and other qualities pertaining to Malta as a domicile of choice, will be highlighted during the New York Captive Owners Summit.

Other interesting topics will include Identifying and Quantifying New Lines: Cyber Risk. Cyber risk is an emergent risk, that board members are being increasingly cautious not to ignore. The exercise to mitigate the cybercrime risk, is no longer being left in the hands and responsibility of the I.T. department. The list of companies becoming more risk averse is increasing.

There are many forms of Cyber Crime. Hackers gaining access to your systems and manipulating the integrity of your data, causing system downtime and hence loss of revenue, reputational risks and brand damage following hacking of personal data of customers, regulatory scrutiny following losses and physical damage. Cyber risk has always been a challenge to quantify, because targeted companies tend to remain quiet about their losses and these are not always reported to avoid reputational damage.

Cyber Risk being the enfant terrible which underwriters seem reluctant to underwrite in view of the evident lack of historical data. There is an “exceptional” demand for such cover caused by a fear by companies on how devastating cyber risk could be. At the right price, Cyber Insurance, could put some semblance of calm at a relatively low cost to the respective Insurer if underwritten correctly.

The Insurance Linked Securities  SIFMA Conference in New York saw the presentation of Cyber Risk in the forefront as the number one national security threat. This conference gave delegates an insightful presentation made by Nathaniel Nussbaum Vice President of Deutche Bank on Cyber Risk and insurance. From a survey carried out by the New York Stock Exchange (NYSE) nearly 200 directors were asked: How confident are you that your Company is properly secured against cyber attacks, 66% voted “less than confident”, whilst only 4 % voted “very confident”. When asked: which is your biggest fear regarding cyber attacks? The majority voted “brand damage due to customer loss” closely followed by “cost of responding to breach” (NYSE Governance Services, Veracode, 2015). Same topic to be presented at the FERMA – European Risk Seminar currently being held at the Hilton Malta.

Jason Flaxbeard, Captive Practice Leader, Beecher Carlson will be presenting the subject on Cyber Risk in the upcoming New York Captive Owners Summit. This is a highly exclusive learning and networking event, centered around a series of in-depth roundtable sessions, for which Malta will be featured within the roundtable for Writing European Risk Through a Captive, together with Jennifer Feldheim, Associate Risk Manager, Marsh & McLennan Companies and representative for PKF Malta.

This event will provide investors with all the information needed to set up and run a successful captive, through one day of in-depth presentations, panel debates, case studies and round-table discussions. As a closed gathering of prospective captive owners, there will also be plenty of time, space and privacy for networking with other professionals who share business goals and vision, via a series of formal and informal receptions and activities. One augurs that such initiatives, by the private sector serve as a catalyst to place Malta on the radar screen.

Post Brexit there are questions about US subsidiaries pondering where to move into Europe so we hope that the event attracts attention of large captive managers. Without any doubt, some of the key advantages to choose Malta as a democracy include our professional institutions, EU membership, political stability and English language disposition. Malta has managed to prosper albeit being small, thus affording to give the captive owners flexibility of full passporting rights and accessibility with a stronger customer focus. At PKF Malta we pride ourselves in being the right size to provide the right solutions with the right people.

This is evidenced in the assistance provided by our team of Insurance, Tax, Finance and Legal experts to assist in compiling a company’s feasibility, pre-licensing and licensing process and as well throughout an entity’s ongoing operation. PKF Malta believes in the potential growth of the US captive owners who target European risks to re-domicile in Malta. For example, it has become a poignant need for multinationals with operations in Europe to insure their Employee Benefits through Captives. Certainly in the past this was a rather difficult task which however Malta provides an ideal solution, reaping the full benefits in passporting rights to set up captives domiciled anywhere in EU. Try Malta – it provides a perfect fit.