All lines of evidence taken together make it unambiguous that the increase in atmospheric carbon dioxide concentrations is human-induced and is primarily a result of fossil fuel burning. 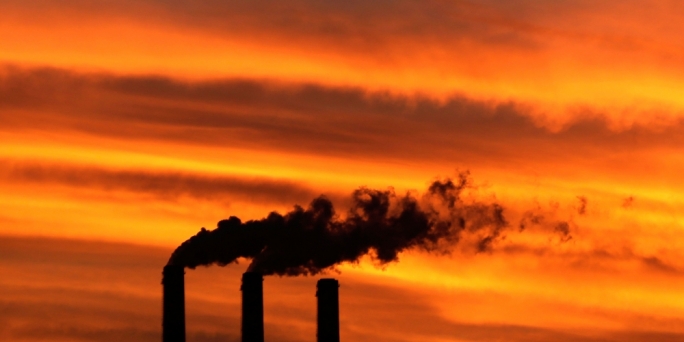 How can we tell if the constant barrage in the media about combating climate change is not another hoax like the millennium bug?

What is undeniable is the increase in carbon dioxide concentrations and other greenhouse gases, such as methane and nitrous oxide, caused by our activities – mainly the explosion in car ownership, not to mention attracting more heavy industry.

Reliable sources tell us there are several lines of evidence to prove that carbon dioxide has been on the increase in the past two decades. We know that much carbon dioxide is emitted – just recall how, not so very long ago, we ran our Marsa power station on coal and later switched to burning fossil fuel, and of course with the increase in the influx of tourists there are more car emissions.

All lines of evidence taken together make it unambiguous that the increase in atmospheric carbon dioxide concentrations is human-induced and is primarily a result of fossil fuel burning. It is a fact that greenhouse gases, when controlled, can serve a useful purpose: that is, to absorb infrared radiation from the sun and re-emit it in all directions.

Without this natural greenhouse effect, primarily resulting in the creation of water vapour and resultant carbon dioxide, this functions like a shield to protect the earth’s surface, which otherwise without it its mean surface temperature would be intolerable instead of the habitable average temperature that results.

Increasing the concentration of greenhouse gases directly increases the atmosphere’s “optical thickness” for infrared radiation, which alters the total amount of solar radiation absorbed by earth. The same amount of energy earth receives as solar radiation, in a steady state, must be returned as infrared radiation; the energy of radiation depends on the temperature at which it is emitted and thus determines the mean temperature at the emission level.

Readers may expect this is another article extolling the benefits of clean air resulting from massive new investment in plants generating green energy – the answer is that only a few (if any) do shed any tears for our lack of success in reducing the national carbon footprint, which undoubtedly is contributing to climate change.

There have been many conferences and press releases by the EU, particularly on Renewable Energy Systems, and various attempts to propose ambitious goals for Member States to step up their investment in promoting green energy. The target was that by 2020, the EU would seek to obtain 20% of its total energy consumption requirements from renewable energy sources.

Malta has so far been a laggard in this regard, as only small steps have so far been taken. As a definition renewable energy includes wind, solar, hydro-electric and tidal power as well as geothermal energy and biomass, and from studies published by the EU one notes that Germany leads the pack as a country which has invested the highest amount in this sector, claiming to be the world’s first major renewable energy economy (in 2010, investments totalled 26 billion euros).

According to official figures, some 370,000 people in Germany were employed in the renewable energy sector in 2010, and it is no surprise to discover that most companies benefiting from this sector are small and medium sized companies.

One may question why Malta, with better exposure to the rays of the sun, has not responded to this call to increase production of electricity from the use of photovoltaic panels, considering that prices for the equipment have been dropping such that for example in the four years prices for solar modules in Germany dropped from €3 to €1 per peak watt.

During that same period production capacity surged with an annual growth of more than 50% while China increased its market share from 8% in 2008 to over 55% in the last quarter of 2010.

It is encouraging to note that in 2012 the price of Chinese solar panels had dropped considerably for the supply of panels made of crystalline modules. One may observe that awareness in Malta of the benefits of using such technology has changed since the arrival of Shanghai Electric Power, which as an investor plans a massive increase in PV panels linked to the national grid.

The solar cell is the elementary building block of the photovoltaic technology and so far research in new technology has been making giant steps by testing new prototypes made of semiconductor materials, such as silicon, which due to their properties makes them highly conductive and in turn use ingenious ways how to capture the energy of the sun and convert it into electricity through an inverter.

Recently the photovoltaic market has flourished, especially in Germany, followed by Spain and Italy, while one notes that Greece is due to be the next fast-growing market. This was due to several types of incentives offered by EU countries, including tax rebates, cash grants and feed-in tariffs – all this stimulated growth in this nascent industry.

Naturally the main stimulus for household users is the comparatively high cost of electricity tariffs charged by national or other publicly owned energy providers.

Back to Malta, electricity provider Enemalta enjoys a monopoly so some contend there has been no serious attempt to switch from burning oil to gas, which is considered safer although the subsea inter-connector with Sicily does open new possibilities, yet one may question what are the main factors that impeded Enemalta from encouraging a steady growth of PV panels among household owners and in particular ample use by industry?

The answers can be varied but surely the demographic and geographic characteristics of the island create issues of spatial planning, given that Malta is a very small and densely populated state but in the past there was no political will to bite the bullet and migrate to gas, as evidenced by investing €200m in the BWSC plant to run on heavy fuel oil.

Ask any architect and he will point out that spatial planning takes into consideration the issue of devoting open areas to renewable energy systems (RES) that often clash with other planning needs and for this reason large-scale RES installations are not practical in Malta.

Having acknowledged that Malta needs to catch up on lost time in green energy, the MRA had issued a tender for consultants to prepare a CBA (cost benefit analysis) following guidelines issued by the Commission i.e. delivering the internal electricity market and making the most of public intervention C (2013) 7243 Final, together with the accompanying Staff Working Document – European Commission guidance for the design of renewable support scheme.

It is common knowledge that reports of this calibre will include various studies, such as CBA, that can assist the MRA to develop a new policy framework for promoting the installation of PV in households by setting up a rebate scheme for users together with a respectable grant, with a view to attaining the prescribed clean energy. Naturally such an important policy document included dialogue with all the stakeholders and for this purpose one notes the implementation of risk mitigation and a scientific survey which incorporates market research regarding future tariffs.

In conclusion, can the environment minister, Leo Brincat, succeed in catching up with other EU states and achieve the desired target of 20% of total energy sourced from non-fossil fuels by 2020 – surely the impossible we do now, miracles can wait.

MRA (2009): Malta Resource Authority, Analysis of Potential for Co-Generation on the Maltese Islands. Available at: (last accessed on 11 May 2011).

http://ec.europa.eu/energy/renewables/transparency_platform/action_plan_en.htm (last accessed on 11 May, 2011).