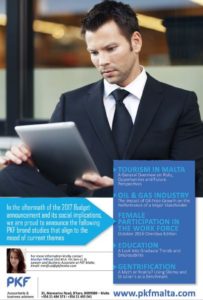 This paper will analyse the state of the Maltese tourism industry by integrating it within the complex and ever changing European and international scenario. After getting a sequence of excellent results, this sector has become a critical component of the Maltese economy.  However, it is necessary to take a more in-depth look at the phenomenon, considering the framework in which it takes place: primarily, we will analyse the economic fabric, then we will investigate the dynamics of international demand in tourism industry.

In the second part, after a historical introduction we will see the combined effect that growth in arrivals will have on domestic inflation and employment.

In the third part, we will give a wider look to the general macroeconomic framework, evaluating the state of economic environment, which interacts with the tourist industry and of which it is part of.  The most important aspects in these observations are the balance of the external accounts, in which tourism plays a central role, and public finance; equally necessary to consider the exposure of the private sector.

In the fourth part, we will evaluate what are the risk factors of economy and international finance, not only European, which are likely to influence either positively or negatively the tourism sector, and where the main threats lie. Another set of risks is made up of environmental issues.

In the last part, we will analyse the effect of reforms, some already in place such as the bed tax, the rise in alternative accommodation and the impact that they will have in the short and medium term. Finally, in order to propose solutions to the problems brought to light during the study, we will assume which of these reforms could be effective in achieving a stable path for a long-term growth.

This study focuses on the current and future state of the maritime industry with particular reference to the nascent oil and gas industry. It attempts to project revenue streams arising from related activities such as registration, certification of rigs, repairs of rigs and de-commissioning of rigs, supply of personnel and associated materials for oil and gas exploration activities in neighbouring countries. The volume of business anticipated from bunkering of LNG vessels and the business model for a future LNG refuelling depot and storage facilities in Delimara. Other topics include the potential of setting up a dispute resolution and arbitration centre in Malta to adjudicate international oil and gas related cases.

Women in the Work Place

PKF Malta’s initiative to conduct a study on female participation in the workforce started in July 2015, inspired by recent findings of the National Statistics Office which show that in Malta the highest female activity rate was recorded in 2015, at 53.8%. This rate has increased substantially over the years, but it is still not close to the overall EU average of 66.8%.  Paradoxically the majority of university graduates are female.  The main aim of PKF’s study was to evaluate the different perceptions of Maltese women on female employment. For the purpose of this research, three groups of females were particularly studied. These groups consist of female business owners, mothers in employment, and idle/inactive mothers. Several females who form part of these groups were assessed through different surveys that converge to a common denominator.

PKF met with several local entities that are engaged to improve the rate of female participation in the labour force through several schemes. These entities include the Employment & Training Corporation (ETC), GRTU, Malta Chamber of Commerce, Malta Confederation of Women’s Organisations (MCWO), NCPE and last but not least the Minister for Education and Employment, Hon. Evarist Bartolo. These entities have shared their views and feedback on the subject and have also offered their support in the study.

A revamp during September and October 2016 covered the following areas:

 A complete updating of all data presented in Appendix A, this essentially brought all data in the regression analysis up to speed from 2014 to 2015;

 Inclusion of a new chapter (5) ‘A Comparison between Male & Female Labour Conditions Tested’, demonstrating a comparative of male versus female earnings.

Data for the 2016 updates was mainly sourced using data from Eurostat and NSO where applicable.

This is an ambitious exercise which tries to quantify the supply and demand for luxury quality apartments, deluxe hotel and office accommodation in Paceville and the Sliema/St Julians area. It is partly based on a study of the Property Price Index (PPI) together with comparative studies of similar trends in popular resorts such as London, Paris, Monaco, Majorca and Cyprus.  Use is made where applicable of the Mott Mc Donald report on the Paceville high rise luxury buildings project which is currently up for public consultation. Demand analysis is tested on a span of years to assess the probabilities of attracting HNWI from different sources apart from applicants to the IIP scheme.

A detailed study has been recently concluded to check the incidence of students in an educational institution undergoing vocational and other training and quantify the level of mismatches (if any) in a number of students after having concluded their studies in their choice of respective job opportunities.

All studies are available upon written request made to Dr Marilyn Mifsud – Business Associate at mmifsud@pkfmalta.com or on +356 21 493 041