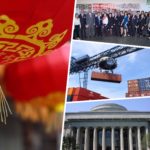 PKF has been active to promote the island on a number of occasions and is proud to announce the visit by an American investment company specialising in innovation.  The investor has been established many years in three US centres and has branches in Warsaw, Netherlands and Sydney.

It has been persuaded by PKF to seek a real estate target of 50,000 square metres solution scaled down to house a thriving 400 start-up community. Two months ago, the managing director of this international organisation was invited by PKF to visit and give a keynote speech at Microsoft Innovation Centre.  OPM were invited but the prime minister – now responsible for innovation, financial services and digital technology was indisposed.

The parliamentary secretary took to the podium and had a private discussion with the US investor. It is no hidden secret that Malta is under-performing in R&D.  Quoting the rector of the University of Malta, interviewed by Vanessa Macdonald last Sunday, he believes that the quantum leap will only come when appropriate funding by the government is made available.  There is no sustainable research culture in Malta as only 30 PhD qualify per annum.  By 2020 we pledged to the EU investing an extra €200 million.

Manufacturing industry has no local R&D facilities. PKF has chased government agencies to introduce a US backed institution and was welcomed by smiles leading to nowhere. The spirit is willing but the body is weak. This month it was informed by OPM that following the initial meeting in June there is no priority to meet again.  A meeting is to be evaluated after the summer recess. Regardless of this setback, fresh initiatives are planned to attract more business from China.

China has been in the news lately with its new policy of “one belt – one road” (Obor) which is a novel idea to spread commerce linked to the historical China’s Silk Road. Obor began as a plan for trade-boosting infrastructure projects along two routes – one roughly following the ancient Silk Road from China through central Asia and the Middle East to Europe ending in Duisburg (Germany), and the other linking China to Southeast Asia and east Africa by sea.

It was a smart move to regenerate economic growth. Not a moment too soon, President Xi Jinping allocated a massive fund for a global initiative and expects this money will be generating a positive multiplayer effect on a number of countries – not excluding Malta.  Chinese policy¬makers are very conscious of the accumulated hoard of US treasury bills gained over the past decades of unilateral trade with the US and with this bounty are seeking to boost growth in other regions.

Readers may ask how can Malta, a tiny island in the Med, ever share even a small part of this business?  Really and truly the answer is blowing in the wind of opportunity. Few remember how diplomatic relations with China started in the early seventies when China had loaned us funds to build a number of medium sized industries and had engineered the building of the largest dry dock at a time when unemployment was relatively high following the oil price shocks when Opec unilaterally tripled the prices of crude.

Concurrently, Malta developed its transshipment business at the Freeport, facilitating the movement of thousands of containers coming from the “Silk Road” entering the Med to be temporarily housed and later redistributed to other ports in Europe. This Freeport activity was privatised and after extensive investment in gantries and software it is now rendering good returns to the French shareholders.  Undoubtedly, it is a good source of employment – working over three shifts. So the question is how can Europe stand to gain in the Obor China initiative?  PKFI invited a number of offices to a grand meeting in Duisburg (Germany) at the offices of PKF Fasselt Schlage who met with their Chinese counterparts to discuss how to best tap this market – ten offices: Munich, Cyprus, Malta, London, Italy, New York, Beijing, Hong Kong and Shanghai.

Furthermore, they provide support to companies who are cooperating with Chinese investors − whether it be in Germany, mainland China, Hong Kong, Taiwan Europe or worldwide. Their in-house team of HR managers, IT specialists, German public certified accountants, certified tax advisors, lawyers and business consultants are fully geared with the requirements of a growing list of China clients based in Germany. No effort is spared to attract new ones.

Another member of the China desk is the New York office. Founded in 1891, PKF O’Connor Davies has evolved from an accounting firm to become a team of high calibre professionals that provides a global, growing client base with comprehensive accounting, auditing, tax and specialized management advisory services at the highest level. With a profound commitment to active value creation, they connect with Chinese investors to provide sound business advice, making use of key players and resources around the world.  They are well qualified to help Chinese enterprises establish and build operations within the US and to help US companies expand into China.

Other PKF participants included three firms in UK, and others from Pakistan, Munich, Cyprus, Malta and Italy. Such firms have deep roots in the China mainland and are equipped to capture the flow of business and add to their list of satisfied clients. A recent addition to the China offices in Hong Kong, Beijing and Shanghai is ZG. Based in Beijing, ZG has good geographical coverage with 2,000 staff and branches in 32 cities, and is among the top 20 accounting firms in China.  Attending the Duisburg meeting, Mr Gengchun Yao, chairman at ZG, expressed his satisfaction that the support of a China desk at each PKF office will contribute towards a successful implementation of Obor. Hence the China desk at each of the 10 participating firms underpin a unity of purpose. They desire to be part of this success story. China is a major investor in central Asian connectivity and as such was involved in core projects such as a $54bn land route from China’s Xinjiang region to a deep water port in Pakistan, Gwadar. It will spend $1.1 bn on creating a “port city” in Sri Lanka’s Colombo, across from Gwadar, and a projected 3,000km high-speed rail line from south-west China to Singapore.

In conclusion, the meeting of minds in Duisburg has converged on the idea to organise a sequel – this time a grand meeting in Beijing next month where firms can meet their China counterparts. Participants will dance to the tune of the friendly Chinese dragon which for centuries embraced trade and business seekers all along the path leading to fabled treasures at the periphery of the Silk Road.