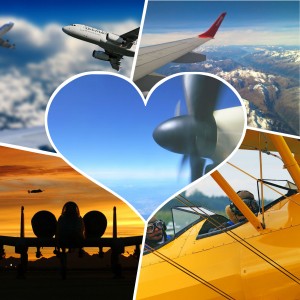 At present there are limited possibilities for bankers to finance aircraft business and one hopes that this changes soon. PKF Malta is keeping itself abreast with latest developments and will continue to work to cultivate new relations and improve existing ones with all relevant factions of the Aviation industry. We also invest significantly in accessing international investors by travelling and speaking at key conferences and symposiums.

Having joined the ‘Aviation Malta’ stand at the EBACE symposium in Geneva last May we are now looking positively to participating at EBACE 2016. At present there are limited possibilities for bankers to finance aircraft business and one hopes that this happens soon.

In this regard, the Aircraft Registration Act of 2010 is drafted in a manner that affords tangible protection provisions to the creditor (includes a bank), seller, lessor or chargee as the case may be in the case of default, including but not limited to the power to take possession or control of the aircraft or any aircraft object, procure deregistration of the aircraft, or apply to the court for a specific order in relation with such default. Naturally, such remedies do not supersede the rights of holders of higher ranking registered interests.

Moreover, the law extends protection to a Maltese registered mortgage constituting an executive title that is automatically enforceable without the need for further court intervention. Another salient benefit is that the mortgagee may make provision in the relevant mortgage instrument to prohibit the registration of further mortgages over the same aircraft.

Amendments are presently being drafted to make this legislation even more empowering to its users but the important next step is our full empowerment as a party to the Cape Town Convention (CTC). The EU is itself a party to this Convention, however it is so in its capacity of a supranational body and therefore not representing its individual Member States. For this reason, there is a process that our government needs to activate in order for Malta to be acknowledged in its own name.

To explain the background of this legal process, one may refer to the 2011 Aircraft Sector Understanding (ASU) which Malta is working to accede to within the CTC. This replaces the former 2007 ASU and applies to financing by Export Credit Agencies. The CTCD (Cape Town Convention Discount) benefits a qualifying operator through a reduction of minimum premium rates.

(i) The asset-backed transaction relates to an aircraft object within the meaning of the Cape Town Protocol on Matters Specific to Aircraft Equipment,

(ii) The operator of the aircraft object is situated in a State which, at the time of disbursement in respect of the aircraft object, appears on the list of States which qualify for the reduction of the minimum premium rates (“Cape Town List”), and where applicable, in a territorial unit of that State that qualifies under Article 38 of this Appendix, and

While discussing the quest for more incentives to be formulated in the aviation sector one cannot underestimate the benefits operators can claim if they locate their aviation business to the Malta register. A fundamental provision has been introduced in relation to it, in that income derived from the ownership, leasing or operation of aircraft or aircraft engines shall be deemed to arise outside Malta for Maltese income tax purposes.

Such income is deemed to arise outside Malta irrespective of the country of registration of the aircraft. The added incentive is the use of the remittance basis of taxation. This means that income deemed to arise outside Malta would be exempt from Maltese tax. Consequently, a highly viable option is presented allowing for the shifting of tax residence of an aircraft company to Malta in order to profit from the deemed source provision.

This rule, combined with the rules on the operation of aircraft in international traffic contained in Malta’s double taxation agreements, presents attractive tax planning opportunities for airline and aviation operators setting up their residence in Malta. The legislation also affords generous deduction for depreciation. Typically, operators are afforded deprecation over a minimum number of years as follows: Aircraft airframe, engine, aircraft overhaul – six years; Interiors and other parts – four years.

More good news follows the recent exemption from fringe benefits rules. This applies to an employee or officer of an employer as well as companies or partnerships, whose business activities include the ownership, leasing, or operation of any one or more aircraft or aircraft engine which is used for or employed in the international transport of passengers or goods.

Moreover such persons ought to be non-Maltese residents and they may apply for an attractive 15% flat rate of tax if working in the aviation sector and if they qualify under certain conditions. The initiative by Transport Malta to seek approval to amendments of preferential personal tax rules is the creation of a scheme to attract highly qualified persons to Malta and has now been extended to “eligible offices” with companies licensed and/or recognised by the Malta Civil Aviation (Air Operators Certificates) Act.

Furthermore incorporated companies managed and controlled in Malta and deriving income from the leasing or operation of aircraft or aircraft engines, in terms of various double taxation agreements concluded by Malta, are subject to tax in Malta at the standard corporate income tax rate of 35%.

As applicable to conventional Maltese companies, following a distribution of dividends, the shareholders of the operating company would be entitled to claim from the Maltese Commissioner of Inland Revenue a refund of 6/7ths of the tax paid by the distributing company, thus effectively making use of the full imputation credit and reducing their tax burden.

All this can be assessed as helping to attract more operators in the aviator sector with particular attraction to aircraft leasing. The leasing rules for finance leasing arrangements not exceeding four years benefit the lessor as he is only charged tax on the annual finance charge, namely the difference between the total lease payments less the capital element divided by the number of years of the lease.

There are generous tax deductions on account of the lessee in respect of finance charges, maintenance, insurance and repairs. Concurrently the lessee is allowed capital allowances in respect of the aircraft and the parties may not opt to shift the burden of wear and tear onto the lessor. Where the lessee exercises an option to purchase the aircraft on the termination of the finance lease, and the lessor is not trading in the purchase and sale of aircraft, the purchase price received by the lessor shall be considered to be of a capital nature and no tax thereon shall be payable by the lessor.

In conclusion, PKF Malta hopes that more business is attracted to Malta following the next promotional event to be held in Geneva in May at the prestigious EBACE show.