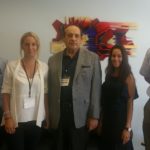 As part of their corporate social responsibility programme, PKF Malta has recently collaborated with MCAST to conduct a Tracer and Progression Study on the group of June 2015 MCAST graduates.

The objective of this study was to determine whether this group of graduates had succeeded in becoming gainfully employed in a field relative to their chosen area of study. The results of this study were recently presented to MCAST officials

Amongst other conclusions, the PKF study also considered whether what the former students learnt was applicable in their present daily employment and whether the length of time spent studying at MCAST bore any directly proportionate relationship with landing better jobs. The study also reviewed former students who were not employed at the time of the survey , where the objective was to analyse whether these are furthering their studies, and if so, within which institution.

Given the Minister for Education and Employment, Evarist Bartolo’s recent comments that Malta is preparing students for exams, but not for life or work, the pro-bono study conducted by PKF on students attending various institutes at MCAST to assess the merits of vocational training, was extremely well timed.