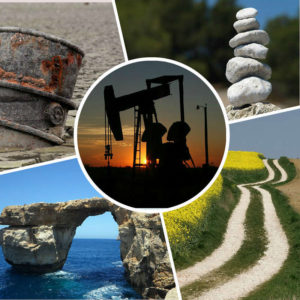 Readers may ask: what is the point of spending millions to lay a gas pipeline to Italy other than to use it exclusively for electricity generation?  Do we need this third source of energy when we can easily buy cheap electricity via the submarine cable or procure units from Electrogas?

The answer is that gas supply via a pipeline guarantees more flexibility/stability in prices and opens future opportunities to render us able to become an export hub. Again, having redundancy in power supply makes us more flexible and assures us that future increases in demand will be not be a problem.

The ideal solution will be to start looking for investors to search for gas in our offshore waters emulating the success in Cyprus, Egypt, Libya, Tunisia and Algeria.  Some may say this is a pipe dream unless we appoint experts (preferably no political appointees) within a National Oil Company which will be adequately funded.

Realists may assert that provided sufficient capital is invested in exploration this may in the near future improve our chances of striking oil. Hey presto this shall enable us to export our own hydrocarbons to Europe. Can our political leaders stop and reflect that we have no current exploration activity planned for the foreseeable future? This may be an unpalatable story since notwithstanding the dearth of discoveries in both oil and gas in past decades, we have been repeatedly reminded by top geologists that the prospect for discoveries in Malta continental shelf is bright and that we should not shy away from starting an intensive exploration program.

Granted, this is a risky sector and taking into consideration the current low oil prices, it requires a renewed initiative by government to swiftly resolve any delineation disputes with neighbouring countries as only thus can we expect to attract new investment.  It comes as a sigh of relief that in the fifth budget of this administration there is a firm commitment to set up a National Oil Company.

Rumours on the grapevine talk of steady progress in this direction. Who dares wins says the adage and for the UK this has paid dividends with the recent announcement of the largest undeveloped offshore discovery of oil.

Hurricane Energy said one billion barrels of recoverable oil could be extracted within the Greater Lancaster area on the UK continental shelf. It focused its efforts on what it believes are neglected (remember our own continental shelf) geological formations.

All this at lower costs. Furthermore, it is a smart move to pick and choose the best price from the electricity interconnector link with Italy. A Liquified Natural Gas facility (LNG) is to be added later. The government hopes that when the Electrogas project is fully functional the combined system (that is BWSC, Interconnector and Electrogas) would see substantial savings.

Needless to remind readers how the Chamber of Commerce is continuously urging government to offer cheaper rates to industry. Back on the subject of a gas pipeline, talks to apply for funding started in late 2012 and it is anticipated that when this is commissioned it will connect the Delimara power station to Gela in Sicily.

A degasification plant is necessary in Delimara as this facilitates the unloading of LNG tankers and will improve future prospects for cross border trading and possibly we need further storage in Has Saptan underground terminal.  Realistically speaking, Central Europe will always be energy dependent on external sources so in the light of this, the importation of gas depends heavily on Gazprom – the Russian state monopoly. This may be a short-term position since countries in the Levant such as Cyprus, Egypt, Lebanon and Israel are in discussion to how best monetize their gas deposits and evaluate different options to service future customers. It is not surprising that Malta is finally awaking to the realisation that it pays if its infrastructure is linked to the Trans-European Natural Gas Network via Gela, Sicily. This is a smart move as this pipeline will provide alternative routes for the Sicilian onshore section, routes for an offshore pipeline section and finally Maltese onshore pipeline routes.  Intuitively, the greatest benefit in connectivity is represented by the offshore pipeline link and this will reach its zenith if Malta discovers its own offshore gas reserves. Environmentalists may complain that laying of such a gas pipeline will endanger the Mediterranean seabed morphology, face engineering limitations, maritime boundaries and upset seafaring activities yet government announced last summer that a tender was issued to enable the feasibility study for laying a gas pipe which when and if completed it will link us to the European gas market. The engineering firm winning this tender will be required to identify the best 1.2km wide route through a detailed study including conceptual design of the pipeline and land-based infrastructure; identify the connection points, onshore routes and sites for the terminal stations in both Gela and Delimara. Additionally, the said firm will also be required to satisfy the Italian authorities and to initiate the pre-application permission process in both Malta and Italy. It goes without saying that, in the near future, there is the possibility to export gas to Italy sourced from a floating storage and regasification unit (FRSU) ideally located in a purpose-built breakwater and offshore terminal. This could potentially be undertaken during the second phase of the project.

It is good to reflect that the pipeline study was favourably considered by the European Commission and was awarded a maximum grant of €400,000. Media reports show that Malta has retained its PCI status concerning projects of common interest – selected among 195 projects for Europe’s energy and climate objectives as part of its EU’s Energy Union. It is strange, how in the past decade, the government and Enemalta officials adopted an ostrich attitude when both persisted to limit the source of fuel for electricity generation to oil. The inflexible policy adopted by directors of Enemalta to stick exclusively to importation of oil and face the problems of emissions amid the vagaries of oil price is an enigma when one considers how more efficient is the conversion to gas. It is a pity that in the past our competitive edge was dulled with paying the highest utility rates in Europe. Thus, it came not a moment too soon the switch in government policy to jettison the Byzantine energy policy. Cynics may say it is sour grapes to remind ourselves of how a golden opportunity was lost in 2004 when ENI (the Italian State oil company) finished laying a submarine gas pipe linking Libya to Italy in the Greenstream project.  This dynamic gas pipeline is 540 kilometres long and runs from Mellitah in Libya to Gela, in Sicily.  It is located in water depths exceeding 1,100 metres and it is supplied from three sources namely, the Bahr Essalam offshore field, Bouri Field and Wafa field near the Algerian border.  With hindsight, it was in 1999 that the Italian energy giant Eni wanted to pass a gas pipeline code named Greenstream through Malta offshore waters but after discussions with government they re-routed their pipe for undisclosed reasons. The Greenstream pipeline had cost €7 billion. With a sense of deja vu, we rejoice albeit a decade too late that EU will help us fund a project to lay a gas pipeline to Gela.