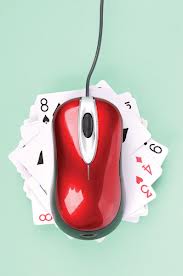 In response to the massive growth of the international remote gaming market¸ the cream of the crop of operators from Norway and other European countries have agreed to meet in Oslo to discuss cutting-edge topics and the future of the business. The one day Summit is to be held on Thursday 28th February at the prestige Felix Conference Centre in Oslo and will see sponsors from Betsson¸ Playtech¸ GMM & Associates¸ Betsafe¸ Casino Cosmopol and others. A carefully produced agenda will cover online betting¸ legal developments¸ risk and reputation protection¸ the data behind the campaigns and the future of the growing skill games industry.  Rueben Portanier¸ CEO¸ Malta Gaming Authority will be joining  Emil Sunvisson CEO Cherry¸ Morten Ronde Chief Executive Danish Online Gambling Association¸ Younes El Michrafi CEO MDJS Morocco¸ Sue Rossiter Director of projects and policy Remote Gambling Association and Alei Walsh Commercial Director GB Group in a regulators vs operators panel wherein they will discuss the developments necessary to shake-up the e-gaming industry and the implementation of a successful legal strategy to influence the future of e-gaming.

On the day¸ Pierre Etienne Mangion¸ Director  GMM & Associates (Malta) Ltd¸ shall be presenting a speech entitled “Implications and barriers within the EU regulated markets” wherein he will be elaborating on the current hurdles  both established and perceived  facing operators on a European level and offering possible solutions to help mitigate such difficulties.  Pierre will also be highlighting the fact that Malta will this year be the first EU state to regulate casinos on cruise ships within its territorial waters and additionally be the first jurisdiction to regulate digital games with prizes¸ under which the LGA will be licensing and supervising digital online games of pure skill which involve a prize.  These exciting new developments are expected to attract a number of adjunct service providers¸ including leading independent testing laboratories¸ to locate testing and certification facilities in Malta. It is good to hear that Malta Enterprise is currently contemplating helping skill game designers to form a cluster to facilitate their creativity and improve outputs. One may well ask what is the business model of skill gaming and how can money be made from such games? The answer can be given by the success reached by virtual games which offer real time prizes.

To explain what happens in such games one can state that when players satisfy certain requirements such as solving a puzzle¸ completing an in-game task¸ or defeating an opponent¸ an in-game item with variable tokens is generated. Typically tokens make the player more powerful. For example¸ in certain games one finds that the player armed with such tokens can be more effective in the game against perceived opponents or can survive longer in combat¸ or slightly nudge the odds in favour of finding better odds. Quoting a popular game Diablo 111 which is a hugely popular role-playing game designed by Blizzard Entertainment it will become the first major online game to launch with PayPal integration. It will encourag