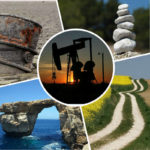 Last month saw an international Euromed Oil and Gas conference hosted at the Grand Hotel Excelsior. This is the first time that Malta was chosen as a venue for an impressive three day summit on the subject. One of its aims is to help global industry players make the right strategic connections.

Speakers discussed the geo-strategic, commercial, technological and regulatory issues that confront the hydrocarbon industry in the European Med region by giving advice to delegates on how to make best use of technological advances in exploration techniques such as sub-sea and remote well intervention. All this is linked to how to maximise return on investment on transportation, storage and extraction.

In this context, it is encouraging to note that PKF presented a paper at the Euromed Oil and Gas Summit discussing the potential for the island to become a future servicing hub. Is the timing of the event a harbinger that oil prices are escalating and may soon reach $100 per barrel? Commentators at the conference warned that any loss of supply from Iran due to US sanctions will exacerbate the pressure on oil prices and one cannot expect OPEC to intervene and increase output in the interim.

The steep losses from Venezuela combined with the potential disruption in Iran could force the oil price to reach unexpected heights any time soon. Back to the topics discussed at the Malta conference, it is opportune to discuss our history of exploration. Nostalgically, looking back more than sixty years ago one recalls how the government embarked on a drive to offer parts of Malta’s offshore acreage among oil companies to prospect for oil and gas. Precisely it was 1954 when the first onshore concession was awarded to a company called D’Arcy Exploration (BP) to drill a well in Naxxar.

All attempts since then failed with some dry wells, others with some oil and gas prospects but no commercial success followed albeit it is positive news that the main source rock for the oil is expected to be rich in the organic Streppenosa oil shale unit which is designated world class in its prolific oil generating capabilities. No wonder the offshore Sicily Vega oil field, with an estimated resource of one billion barrels of oil in place, is only 20km away from the northern border of the latest zone in Malta’s exploration efforts.

Needless to say, experts predict that the proximity of similar concessions and similarity in geology to the producing basins of Tunisia and Sicily lend support to the theory that oil strikes for Malta cannot be excluded. The “intra-basin” ridge trend offers a new and highly prospective oil strike in our waters. Mediterranean Oil and Gas (MOG) a company which in 2005 was awarded a licence to explore for oil and gas had commissioned a specialist operator to shoot a seismic survey and it succeeded to interpret an extensive long-offset 3D view over the area which looked promising (yet no official announcement has so far been issued).

It is undisputed that this part of the offshore site which is geologically analogous to the Libyan Sirte Basin, appears to contain analogues to proven producing fields in Libya in addition to those offshore Tunisia. It is interesting that experts have identified a portfolio of prospects in the Lower Eocene/Paleocene sequence.

The powerful scientific survey has for the first time allowed imaging of the Cretaceous and Jurassic sequences, enabling several large leads to be defined at this stratigraphic level. Concurrently it is pertinent to quote Peter Gatt, a qualified geologist who had conducted his own study consisting of a detailed geological analysis of the Malta platform.

His study focused on the analysis of rock samples from six exploratory wells drilled in the Maltese platform by corporations including British Petroleum, Total and Shell, with some information dating back to 1956. A recent announcement states that an application for permits to link Malta’s gas network grid to Gela in Sicily is well timed. This gas pipe will eventually link us with the rest of Europe.

The environmental studies will begin this year, followed later on by a public call for tenders next year. Last year a National Oil Company has been incorporated to help promote upstream business so can we hope that behind closed doors the authorities are devising plans to kick start the drive for exploration. As an island we still rely 100% on fossil fuel for electricity generation albeit now using LNG given that our dependence on renewable energy is under 7% and it does not look as if it is going to triple in the short term – so the global oil price is an important factor for us as an importing country.

Late last year, it was thanks to a scoop by the Times of Malta (TOM) which revealed that the government appears to be trying to start a new push for oil and gas exploration in the Maltese continental shelf after a hiatus of six years. TOM quoted that the official journal of the European Union issued a notice says that Blocks 1, 2 and 3 of Area 3, an area of 6,000sq.m north of Malta, are now available “for authorisation on a permanent basis under either an exploration licence or an exploration and production licence”.

Some may say this is a pipe dream yet realists assert that provided sufficient capital is invested in exploration using modern technology, if we strike gas in sufficient quantity, in a decade we could start to export to Europe via a submarine pipe connected to Sicily. A successful discovery would trail blaze a bright future for a new servicing industry.