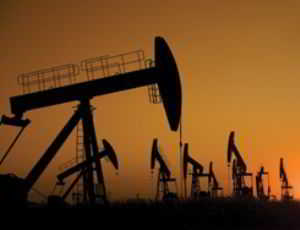 As published in the Malta Independent on the 22nd  September 2012

The island has issued exploratory drilling licences to various companies over the past 50 years. All this has culminated in just 12 dry wells and the hopes of striking it rich¸ as has been the case with neighbours like Libya¸ Sicily and Tunisia¸ have been dashed. Our neighbours are bankrolling their state coffers with proceeds derived from discovered oil. Alas¸ our wells have always turned up dry and it is now a taboo subject and more so prior to an election. It is a paradox for the baby boomers who hoped to win the lottery and retire early when and if oil exploration succeeded in discovering the riches hidden under the seas. So why is the subject being mooted again? According to Dr Bill Higgs – who heads Mediterranean Oil and Gas¸ (MOG) a company planning to drill for oil next year – oil and elections do not mix well. In truth¸ oil and elections were perfectly blended in previous years when high hopes were raised by the Nationalists who engaged an Italian operator (funded under the Italian protocol) to drill onshore in Gozo.

The well proved hopeful but official announcements recorded that the gas found was not in commercial quantities. One is excused for asking but why ask our competitors (Italian oil companies are present both onshore and offshore in the adjacent Ragusa basin) to tell us whether our rock oil deposits are viable? It is like McDonalds engaging Burger King to survey the nutritional quality of their products. It sounds surreal but life on the islands goes on while the tax and spend mentality of the early nineties have gradually accumulated a debt mountain which consists of local bonds issued to institutions and general public on a carousel repayment terms. This means that we borrow today to service interest and redeem bonds of yesterday. It is true that efforts are being made (as Brussels dictates better governance and tighter budgets) to trim annual deficits just under the 3% glass ceiling; but this policy flies in our face as we must work harder to pay the principal.

For a moment stop and contemplate what we can do if about €250m which now consists of annual interest on bonds can be recycled in the economy. Glory to heaven if for once the dismal pot holes of Tal-Wej in Mosta roads – now in their thirtieth year of ineffective patching – can be redeemed. Surely¸ no matter what Mosta mayor promised prior to the last election campaign¸ she went all very silent now when elected and found no funds to build broken roads. I feel dismayed with her reply when I wrote to her to honour her pledges. But again this is symptomatic of the surreal world in which Net TV proudly announces a multi-million dollar restoration of the Mdina bastions and the surrounding ditches¸ when we cannot enjoy decent residential roads in Mosta (dusty in summer and ready for tadpoles in winter)! Perhaps this artificial state of economic imbalance reminds one of the cautious words uttered by Josef Bonnici¸ the Governor of the Central Bank.

He warned about the fragile condition of the government finances and the hidden factors which show that the green-eyed monster (inflation) is rearing its ugly head. We all know that inflation is public enemy number one: it erodes competition and makes the feel-good factor currently enjoyed from reading NSO announcements rather short-lived. According to the learned governor (he was prev