The 18th of March 2015, OECD revised upwards the growth possibilities for the euro zone. 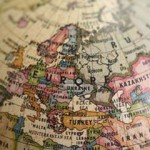 In its new spring forecast, OECD anticipates growth acceleration thanks to the decrease of oil prices, the euro’s drop and a good monetary policy. For this year, OECD expects a GDP increase at 1.4% against 1.1% in its November estimation.

Germany stays at the head of the Europe with a growth rate at 1.7% in 2015, against the previous at 1.1%, and 2.2% in 2016. The situation looks also better for France (1.7% against 1.1%in 2015) and Italy (1.3% against 0.6%). The Great Britain keeps the highest growth rate (2.6% in 2015). OECD can see a chance for European Union to escape the economic stagnation. This new rates are due to the action of the European Central Bank and its relaxing policy, which bought assets to fight against deflation danger. Last November, OECD thought that the moroseness of the euro zone would be a brake on growth. 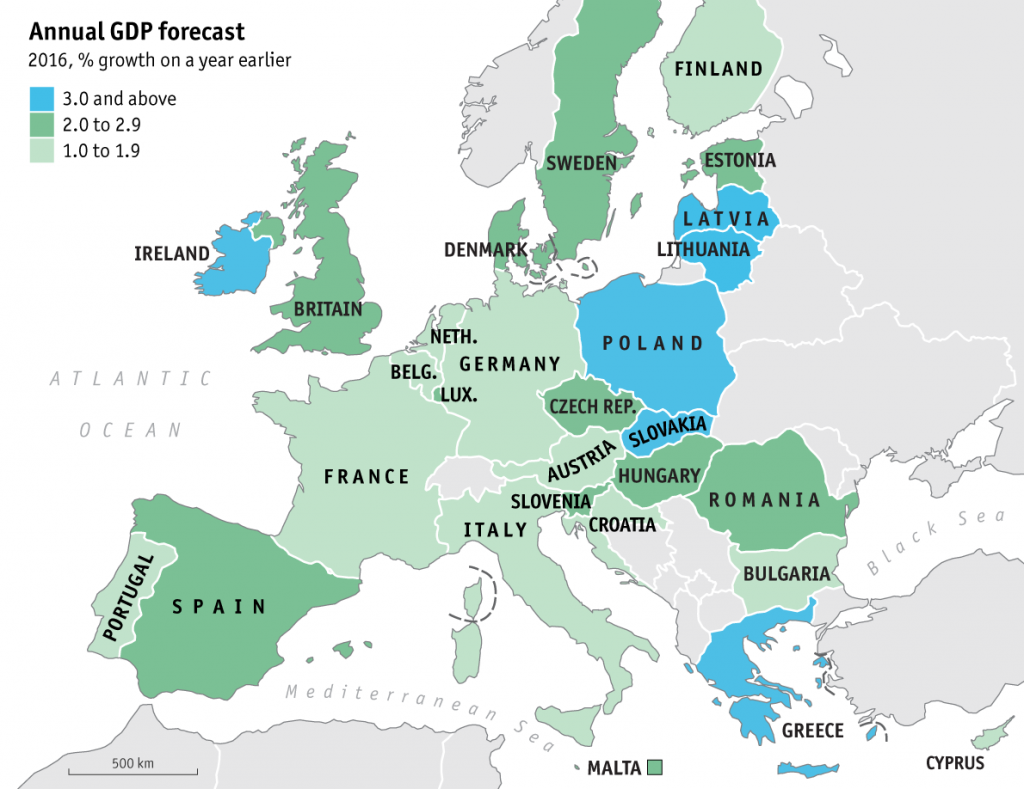 Across the Atlantic, the growth stays sustained (3.1% anticipated for 2015 and 3% for 2016) thanks to a strong consumption. But in the medium term, the American growth may suffer from the raising of dollar and the decrease of barrel which penalize the energy sector. OECD is more pessimistic for Brazil, with a recession of 0.5% for 2015 and a growth rate about 1.2% for 2016. 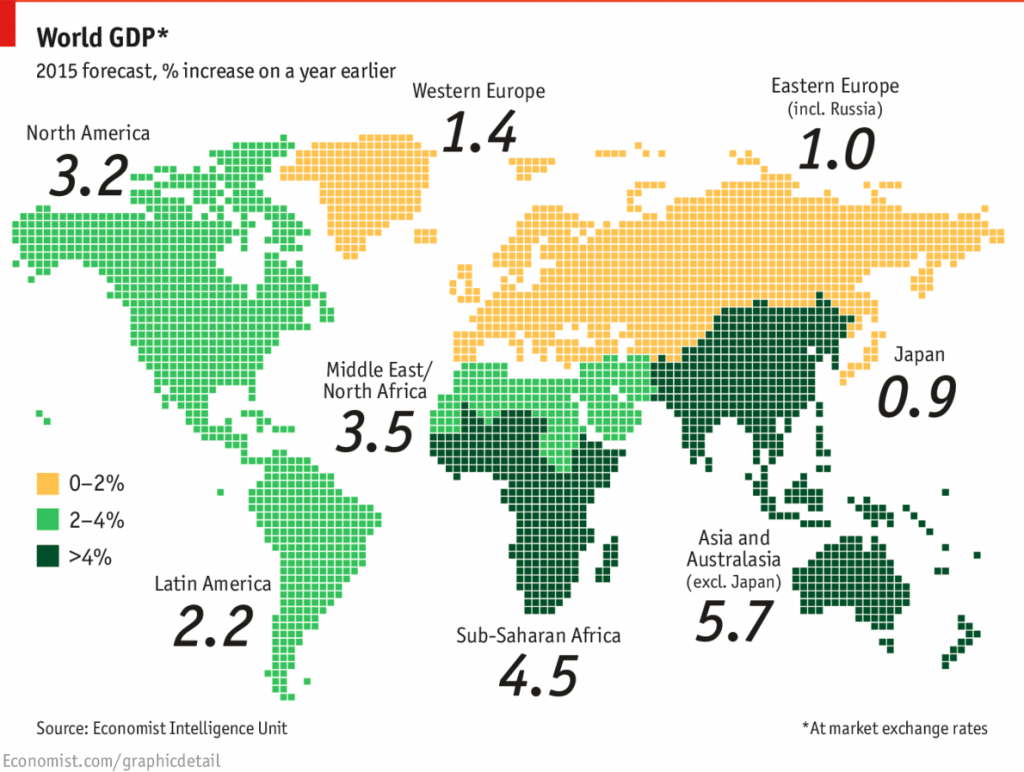 However, this context, favorable for the growth with inflation and low rates, is a source of increasing danger for the economic stability. Furthermore, the expecting growth will stay still weak to revive the employment.