As published on Media Today¸ Wednesday 1st May 2013 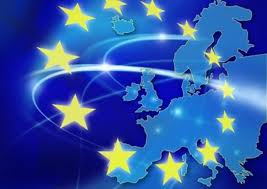 Overall the March incentive-based legal notices favour the tax-payer. However one needs to take in the whole picture which includes certain niceties that are relevant to the overall feasibility and utility of the aforementioned.

Looking at Legal Notice 101 of 2013¸ the Micro-Loan Guarantees regulations target enterprises facing difficulties in obtaining a conventional bank loan. Typically¸ this would catch within its grasp those start-up enterprises that would be facing such a financing difficulty owing to them translating into high-risk in loan terms. The incentive offered here is in the form of a guarantee and not the provision of credit per se¸ as Malta Enterprise takes upon itself to act as a (partial) guarantor in view of those enterprises carrying out a ‘qualifying activity’ as defined in the rules. At the off-set this clarifies the point that this incentive is not meant to act as the Hercules to those damsel -in -distress enterprises encountering financial distress but rather as a support system to allow new ventures to breathe a breath of fresh air into the market.

An up-side of this incentive is that it applies equally to incorporated entities and to self-employed individuals¸ provided the latter employ not more than twenty persons and provided the latter have an annual turnover which does not exceed four million Euros.

A contained anti-abuse provision reminds that linked enterprises do not qualify as eligible enterprises¸ thus forestalling the likelihood of the overall same persons receiving the assisted loan guarantee benefit multiple times. Such a provision is common to many of our laws which seek to prevent the fabrication of circumstances which have the aim of avoiding the spirit of the law. Thus¸ just as within taxation an enterprise cannot divide a project into multiple short contracts given to related companies in order to avoid qualifying as a permanent establishment whose income would be taxable¸ similarly¸ an enterprise here cannot artificially segregate ties with related companies to create an artificial entitlement to a benefit claim multiple times.

Among the niceties of eligibility lies a capping of EUR 100¸000 which the loan cannot exceed. In response to this¸ if upon consideration Malta Enterprise deems it fit to act as guarantor¸ Malta Enterprise can employ its exposure capped to a maximum of eighty per cent (80%)¸ that is EUR80¸000.

A criticism that has been launched at this incentive has been the ‘price-tag’ on such partial loan guarantee¸ which in comprising a two per cent (2%) interest payable by way of premium¸ would effectively raise total interest payable to around 9% (where a risky loan is assumed to trigger an interest rate of around 7%)¸ thus rendering somewhat questionable the ‘affordability’ of the incentive in practical terms. While in isolation the two per cent (2%) interest ‘fee’ has been deemed a just consideration¸ it becomes food for thought in the context of the foregoing.