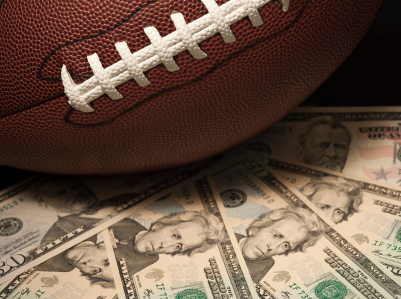 In March the online gambling industry was eagerly awaiting the decision of the Governor of New Jersey hoping he would be a pioneer and give his approval to a new treaty. After a defeat the bill to allow sports betting at casinos and horse tracks has been changed to please Governor Chris Christie¸ who has opposed to allowing wagering on the internet. 1

In the course of the year New Jersey already has nearly passed a law that would have helped citizens of the state to operate casino games and play poker on the internet. Against the decision of the legislators¸ Governor Christie has given his veto at the last minute. A referendum which was held in November 2011 was another step towards the legalization of sports betting. But additional laws are necessary to abolish a federal law that currently prohibits sports betting in all states except for Montana¸ Delaware¸ Oregon and Nevada.

Proponents of online gambling law are now preparing a second attempt to push through the legalization of sports betting. The bill was originally pushed as a way to help the state’s struggling casinos and horse racing tracks by attracting more people and to place bets on professional and collegiate sporting events.2  Additionally Raymond Lesniak¸ an Elizabeth Democrat¸ pushed for an Internet and smartphone clause to be included in the legislation since the Internet betting is seen as the most lucrative portion of sports betting¸ but the bill has been changed to persuade Governor Chris Christie. In this regard lawmakers have dropped provisions that would have let residents to place bets from their home computers or smartphones.  “As far as I’m concerned I can live to fight that another day. The most important thing is we get into court as soon as possible¸ and that’s going to take a year to litigate¸” Lesniak said. “In the meantime¸ I’m trying to convince the governor that he’s leaving a lot of money on the table for the casinos and the state of New Jersey.”  3

Declining sales especially present in the casinos of Atlantic City are an additional reason to adopt such a law. A large part of the gambling revenues¸ which were formerly made in New Jersey¸ are now predominately generated in neighboring states like Pennsylvania. There¸ new casinos were opened¸ which are increasingly visited by players who previously traveled to Atlantic City.

Lesniak expects the Senate to pass the law in January. But even if the bill is signed by the governor¸ sports betting wouldn’t come to New Jersey unless the state wins a lawsuit against the 20-year-old federal ban in all states except Nevada¸ Delaware¸ Oregon and Montana.4