New Delhi: Google has honoured former South African President¸ anti-apartheid revolutionary and philanthropist Nelson Mandela with a Doodle on the occasion of the leader’s 96th birthday. 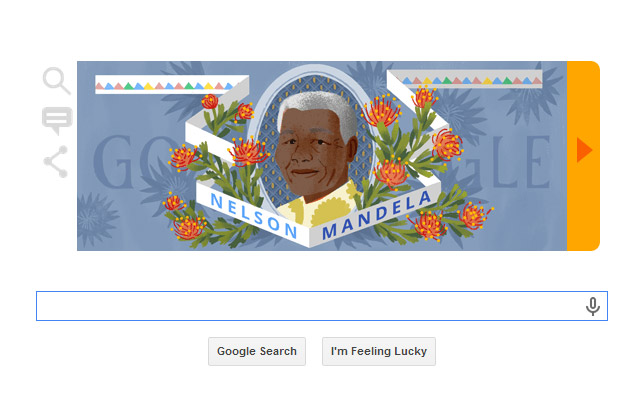 Born on July 18¸ 1918¸ Mandela became involved in anti-colonial politics and joined African National Congress (ANC) where he also served as the President from 1991-97. However¸ prior to being the president of ANC¸ he gained prominence during the 1952 Defiance Campaign of the ANC.

Arrested and convicted for conspiracy to overthrow the state in 1962¸ he was sentence to life imprisonment and served 27 years of his life in prison until his release in 1990.

Honouring him on his 96th birthday¸ Google has outlined some of the best quotes of Madiba or Tata (Father of the Nation).

The first one reads¸ “No one is born hating another person because of the colour of his skin or his background or his religion”.

Another one reads¸ “People must learn to hate and if they can earn to hate they can be taught to love for love comes more naturally to the human heart than its opposite”.

Lovingly known as the ‘Father of the Nation’¸ Mandela died on 5th December 2013 at the ripe age of 95 after prolong respiratory infection.