As published on Malta Today on  Wednesday 10th April 2013 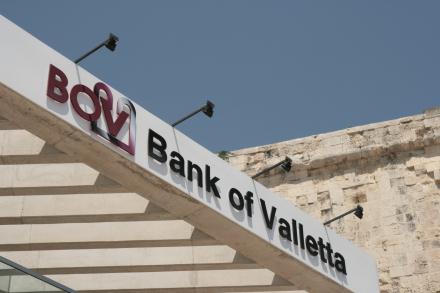 The new government’s commitment to appoint an Ombudsman specifically dedicated to investigating investor-complaints and mediating disputes between investors and financial institutions has recently made headlines.

Such an Ombudsman is proposed to be flanked with two charters; one tailored to small investors and the other tailored to bank customer rights.

All this resounds as very relevant in the light of the recent cases of mis-selling such as MFSP¸ the BOV property fund debacle¸ and the mis-selling of shares in heavily subordinated paper pertaining to the bankrupt giant that was Lehman Brothers Bank¸ among others.

Hundreds of investors lost their savings in qualifying on both counts as small investors and concurrently as bank customers and where importance of due disclosure and non-commission based advice were among the highlighted areas in the aftermath.

MFSA also issued penalties in relation to the shortcomings of bank employees in this regard that served as a warning to other banks.

Having the above-mentioned charters in place can¸ if not lend the small investors the requisite experience to make certain investments¸ shed light on the absence thereof and better identify¸ before any money is parted with¸ whether the objectives and risk profile of a particular financial product match those of the potential buyer.

Looking back at these cases one immediately notices two components at play: aggrieved consumers and license holders in breach of their obligations.

The glitch lies in that whereas the MFSA¸ a single super-regulator¸ can and does heavily penalise license holders for mal-practices¸ its hands are metaphorically tied in view of the official limits of compensation it is able to impose.

Let us discuss the BOV perpetuals case that saw the MFSA ‘strongly recommending’ reinstatement and its expectation that BOV should repay original capital invested plus an equitable rate of interest.

However¸ BOV was completely free to pave its own way forward with regards to reaching settlement of claims with its former clients¸ and so far has not acceded to their request to repay the capital invested.

Enter the proposed Ombudsman who could deal directly and exclusively with investor to help resolve financial institution complaints.

Currently the existing Consumer Complaints Manager figurehead comes closest to the description of the Ombudsman¸ given that he is an MFSA official whose role is specifically to mediate ‘private consumer’ complaints related to financial services transactions.

The Consumer Complaints Manager comes into play only when the complaint in question is not simultaneously being taken cognizance of by another body (such as a court or other out-of-court entity)¸ handles only individual complaints (non-corporate ones)¸ and is classified as a representative of the EEA’s ‘out-of-court-settlement-scheme’ by virtue of its membership in FIN-NET (network for settling cross-border financial disputes out of court).