Last week, the National Swiss Bank chose to stop the currency ceiling begun in 2011 against the euro. 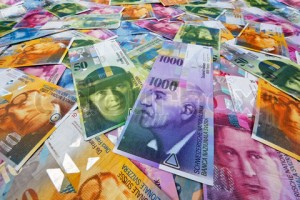 In September 2011, the National Swiss Bank decided to save the Swiss franc, that’s why they established a currency ceiling: 1.20 Swiss Franc had been equal to 1 euro and the National Swiss Bank was able to create as much money as it needs to stay above this limit. During this period, the Swiss franc was steady compared to the euro and the unemployment rate in Swiss was equal to 3.4% in December 2014, which is lower than in any other European countries (for example, in the same period, Germany had the lowest unemployment rate in the whole European Union, and it was at 4.9%). 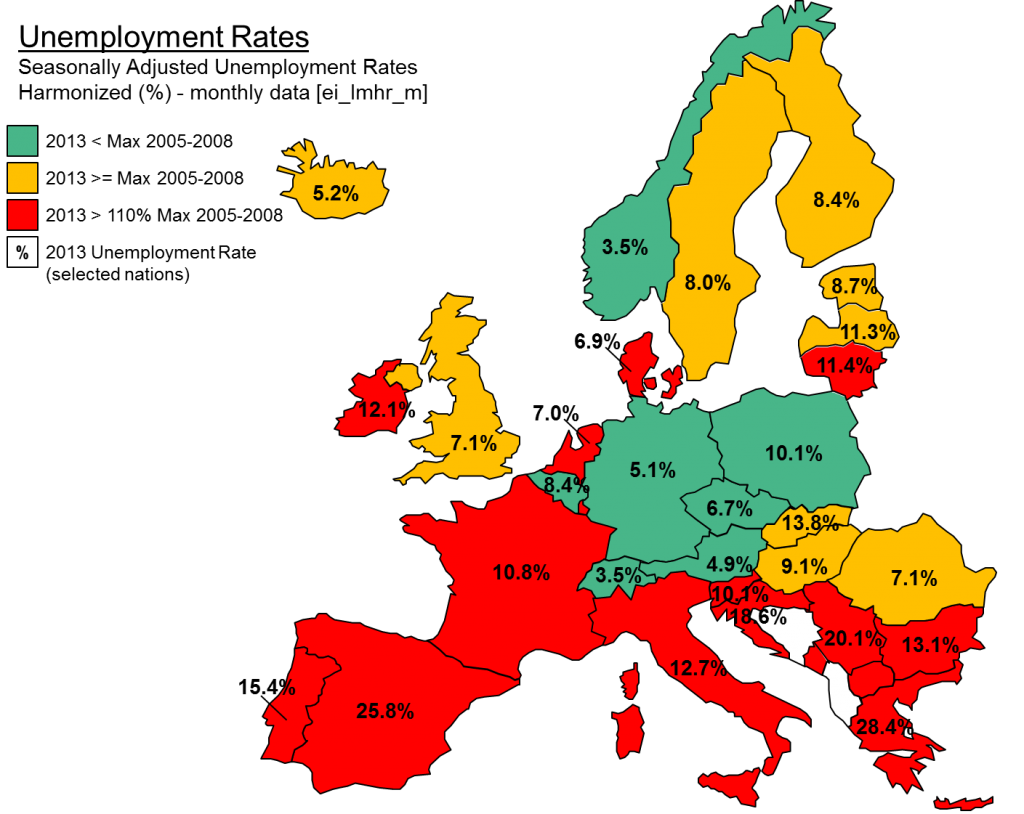 However, Thursday 15th of January 2015, the National Swiss Bank (NSB) removed the currency ceiling. The reason of this quick and surprising decision was probably the sharp decline of the euro against the dollar, which impacted the Swiss franc because of the recovery policy, and establishing of a quantitative easing by the European Central Bank on Thursday, 22nd January, 2015. 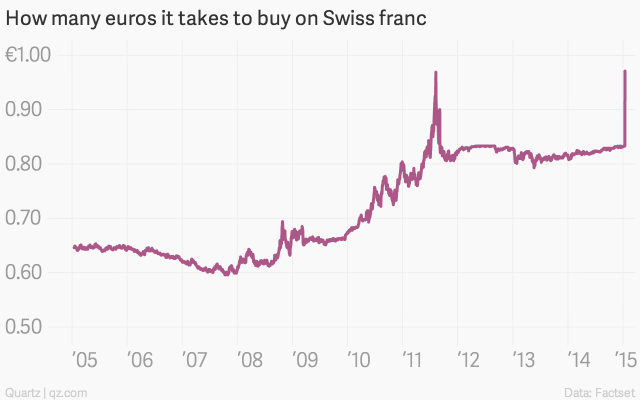 Source: https://thisgotmyattention.wordpress.com
This number was reduced at 0.5%. Concerning the unemployment rate, it was planned at 3.1%, now the forecast is expecting at the level of 3.8%.Immediately after the announcement of the NSB new independence, the Swiss franc crossed the parity threshold (one euro was equal to one Swiss franc), and the Swiss stock exchange sank by about 10%. According to the Royal Bank of Scotland, the assessment of the National Swiss Bank exceeds 80% of the national GDP. The morning after, the growth forecasts weren’t so good for Swiss: before the announcement, the growth was anticipated at 1.8%. 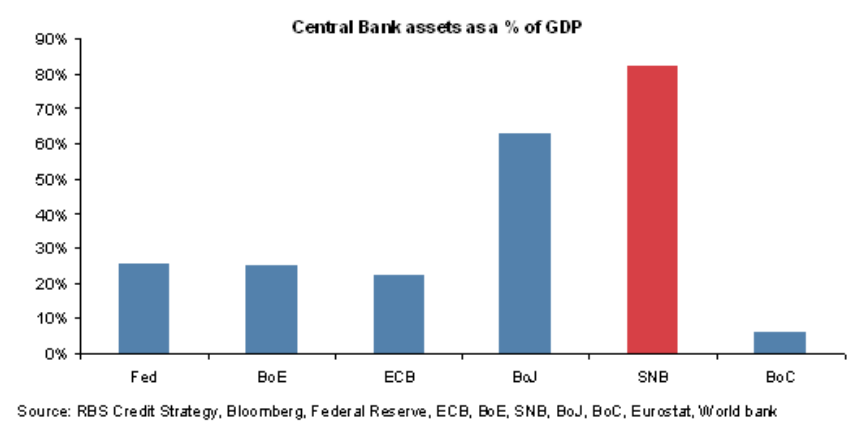 The consequences of this increase are various:

On the one hand, this situation is enjoyable for some people: for example, the 140.00 French borderers who work in Swiss will earn more money, their purchasing power will increase by 20%. The French real estate close to the Swiss border would soon benefit from new Swiss customers. The latter can also benefit from the situation where the imported goods in Switzerland will be cheaper.

On the other hand, this decision will reduce Swiss exports by 5 billion Euros. Swiss companies are worried about the future and they anxiously watch stock exchange prices. The main Swiss companies lost about 10% of their values, and the famous company Swatch lost 15%. The tourism sector would also probably suffer from this situation, in particular ski resorts. To a lesser extent, all the SMEs will be impacted: Swiss products are now more expensive for foreign buyers and the problem is, more than 80% of these companies export their products. These troubles have an impact on the unemployment: to regain competitiveness, companies would probably have to cut jobs.